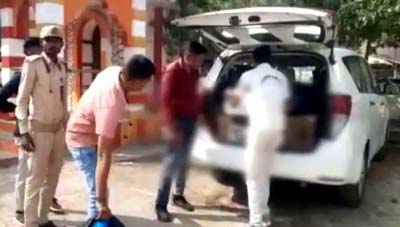 The Election Commission’s static surveillance teams and local police have seized 817 kilograms of drugs valued at over Rs 61 crore 57,05,184 and registered 29 cases in this connection since the notification for the Gujarat Assembly polls was issued on November 3.

There are 55,640 weapon license holders in the state, of which 54,373 have deposited their weapons with the local police station or headquarters.

Police have filed 1,704 cases under the Prohibition Act against 17,789 people and liquor worth Rs 9 lakh has been seized. Flying squads in different cases have seized Rs 2,02,42,490 cash and ornaments worth Rs 10 lakh.

Up to 13,000 Ukrainian soldiers killed since war began: Official