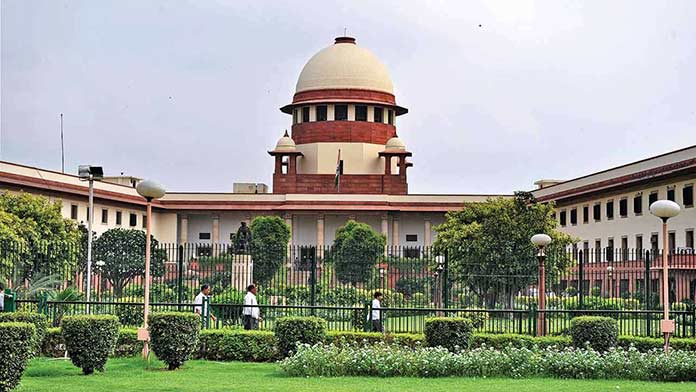 Takes note of ‘no palpable progress’ in investigation

The Supreme Court on Friday posed a volley of questions to Delhi police over the delay in registration of an FIR and “no palpable progress” made so far in the investigation of a case of hate speeches made at religious assemblies in the national capital in 2021 and sought a report from the investigating officer withing two weeks.
“What are you doing in terms of investigation? The incident took place on December 19, the FIR was registered actually five months later on May 4, 2022. Why do you require five months to register an FIR?” a bench comprising Chief Justice DY Chandrachud and Justice P S Narasimha said.
“What have you done? How many arrests have been made? How many people have you examined?” the CJI asked Additional Solicitor General K M Nataraja.
The law officer said the Delhi police have not committed any contempt of the Supreme Court judgement in the Tehseen Poonawala case in which several directions were given to effectively deal with hate crimes.
He said, moreover, activist Tushar Gandhi cannot “dictate” as to how the probe agency should proceed. The bench then questioned the delay in registration of the FIR and asked several questions on the consequential probe. “Whether any arrest has been made? How many witnesses have been examined?” the court asked the city police.
At the outset, lawyer Shadan Farasat, appearing for Gandhi, said he did not want contempt action against the city Police Commissioner and would rather like to see progress in the investigation.
“There was a requirement for registration of an FIR. The FIR was not registered for five months. The Delhi police in their counter affidavit (reply) say that the investigation is underway. They do not even say that they have even called anybody for interrogation. They have not arrested anybody. No charge sheet has been filed,” the lawyer said.
The bench then took note of the submissions of Gandhi that “no palpable progress” had been made in the probe and sought a report from the Investigating Officer (IO) within two weeks.
The top court was hearing a contempt petition filed by activist Tushar Gandhi alleging inaction by Uttarakhand and Delhi Police in alleged hate speech cases.
On November 11 last year, the bench had discharged the Uttarakhand government and its police chief from a list of parties to the contempt plea.
The contempt petition was filed seeking punishment for the police chief of Delhi and Uttarakhand for their alleged inaction in the cases in violation of the apex court judgment in the Tehseen Poonawala case.
In the judgement, the top court had laid down guidelines as to what action needed to be taken in hate crimes, including mob lynching. In his petition, the activist sought contempt action against senior police officials for not taking any steps in accordance with the SC guidelines meant to curb hate speeches and mob lynching.
The plea claimed immediately after the events took place, the speeches were available in public domain but still the Uttarakhand Police and the Delhi Police did not act against the offenders.
The hate speeches were made at the ‘dharma sansad’ held in Haridwar from December 17 to 19, 2021 and in Delhi on December 19, 2021, the petition alleged.