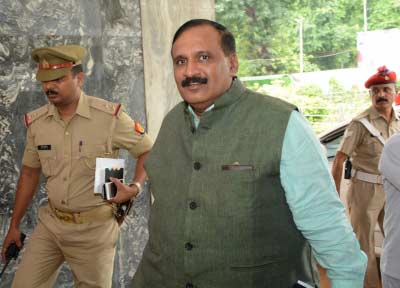 Singhal is said to be very close to former Uttar Pradesh Chief Minister Akhilesh Yadav, and was the chief secretary during the Samajwadi Party government.

Sources have claimed that the I-T department has also started investigations in old cases in which Singhal had been named as an accused.

“We launched operation ‘Babu Saheb’ in which the name of Singhal emerged. We have found that he allegedly invested Rs 50 crore in Delhi, Agra and Noida. This was allegedly laundered money which was invested into real estate,” the source said.

Sources also said that recently the department questioned a Kolkata-based businessman and during his questioning they found a link of Singhal.

Singhal is 1982 batch IAS officer. According to sources, he has been asked to join the probe within a week.

The Income Tax Department has not given any official statement in this respect as of now.