If England goes far in this tournament, it is going to be because of Harry Kane: Wayne Rooney 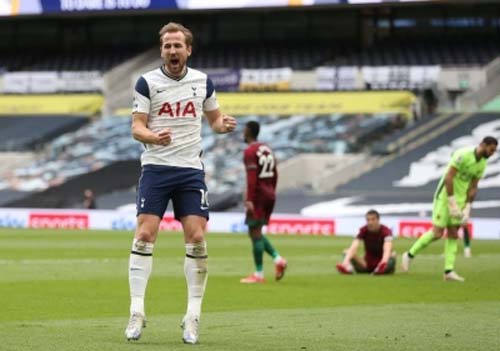 Legendary England footballer Wayne Rooney believes that if the side will go far in the tournament, all the credit for it would go to their star striker Harry Kane. Kane will be captaining England in their FIFA World Cup 2022 Group B opener against Iran on Monday.

Kane, who won the Golden Boot for scoring six goals as England reached the semifinals, where they lost to Croatia, in the FIFA World Cup 2018 in Russia, is currently at 51 goals from 75 appearances for England.

He now needs just two goals to match Rooney’s 53 international goals and many are expecting him to equal or surpass that mark against Iran, including the legend himself, though he felt it may not happen.

“He is a goal-scorer. If England goes far in this tournament, it is going to be because of Harry Kane. I hope he scores those goals because England needs them if they have to win. I hope he does, but I do not think it will be tomorrow (Monday),” said Rooney on the VISA Match Centre show on Sports 18.

Asked who he would start, bench and drop between Lionel Messi, Harry Kane and Cristiano Ronaldo, Rooney suggested he would drop the Portuguese, his former club teammate. “I would start Messi, bench Kane and drop Ronaldo because he stopped playing for his club.”

Speaking further about England’s match against Iran, Rooney singled out Phil Foden as the ‘X’ factor. “I think with his ability, he is never quite short of form. If he brings the form he has shown for Manchester City for England, it gives England an extra dimension to move ahead.”

Quizzed about picking one team to go all the way to the trophy, Rooney backed Germany citing the small mind-voice going in that direction. “England has got a chance like all teams, but I’ve got a sneaky feeling for Germany. It is hard for me to say that. I think Germany is really organised and it is hard to beat them in the way they play. So, I have a small feeling for Germany.”

Earlier, as reported by Xinhua, Kane had himself said ahead of England’s tournament opener that he would hope to break Rooney’s record as soon as possible. “Hopefully I’ll break it as soon as possible. I know it’s there and I know people will talk about it, but I like to just focus on my game. I know that with the team we have, we will create chances and I just need to be ready for the ones that come my way.”