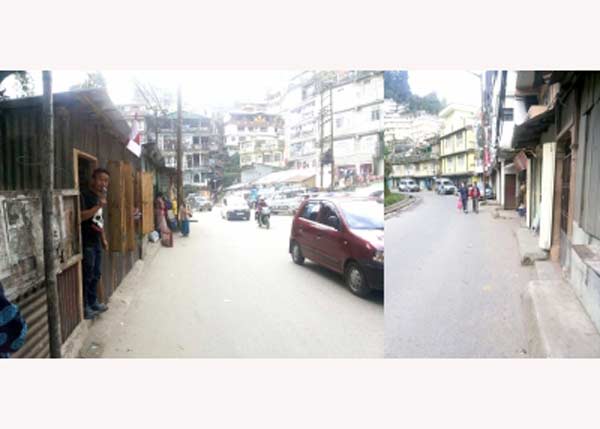 The recent crisis at Joshimath in Uttarakhand due to land subsistence seems to have been coming as a caution bell for the hills of Darjeeling, Kalimpong and Kurseong in North Bengal.

The main reason behind a probable Joshimath-like crisis in North Bengal hills will be the same, which is unbridled real estate developments that are often violating the permitted limit of the height of any construction in the hills.

As per the West Bengal Municipal Act, in the hills of North Bengal, non-real estate construction should not exceed 11.5 metres, while relaxation has been given in case of certain government buildings where the height can be extended up to 13 metres.

However, that restriction seems to have remained in pen and paper, which is evident from recent statistics.

Recently, in Darjeeling town alone, as many as 132 illegal constructions have been identified by the Darjeeling Municipality, where the height restriction of 11.5 metres has been violated.

In fact, the earlier Aja Edwards-founded Hamro Party controlled board in Darjeeling Municipality started the process of demolition of some of these illegal constructions.

That stopped, however, after political turmoil started in the hills, following six elected councillors of the Hamro Party shifting to the opposition Anit Thapa-led Bharatiya Gorkha Prajatantrik Morcha (BGPM) and Trinamool Congress alliance, with the latter forming the board.

According to Ajay Edwards, his party had to pay the price of taking action against such illegal constructions.

He said: “Some of our councillors were allured by the opposition funded by the illegal builders and the entire process of action against the illegal constructions stopped. The pressure of buildings of height beyond the prescribed limit is increasing on the hills.

“The state government will have to look into the matter. Otherwise, the entire region might face a Joshimath-like crisis,” Edwards said.

Anit Thapa, who is also the chairman of the Gorkhaland Territorial Council (GTA), however, rubbished the allegations and claimed that with the opposition alliance taking control of the Darjeeling Municipality, the new board will strictly enforce the building rules in the hills.

“We are determined to take action against the erring builders and protect the hills,” Thapa said.

Explaining the danger behind construction of buildings beyond the authorised height limit for the hills, Kolkata-based civil engineer Pradipta Mitra said that the higher the building, the more is the pressure on the soil on which it is constructed.

“The soil construction in the hills is extremely loose and is also vulnerable to natural vagaries like earthquakes or rains, which loosen the soil structure further,” Mitra said.

“So, in the hills, real estate development will have to ensure minimum load or pressure on the soil on which it is constructed. And to ensure that, the height of the buildings should be maintained at the minimum possible level. It is unfortunate that often these height restrictions are violated because of the builder-administration-politician nexus, and hence tragedies happen,” he added.

Mitra also pointed out another factor, which is shifting from the practice of wooden constructions to concrete constructions.

“Wooden constructions are ideal for the hills, since the load on soil for such constructions is much less compared to that of concrete structures. But as I have noticed of late, the massive development of real estates like shopping malls and hotels are mainly concrete-based. This is something that needs to be addressed, besides ensuring that economic activities in the hills related to tourism are running smoothly,” Mitra said.

The areas that have been identified as prone to heavy landslides include Tindharia, Giddapahar, Gayabari, Pagla Jhora and Daragaon.

Incidentally, in all these places, tourism-related activities have increased manifold in the last few years and this brings the pressure of increased real estate development and movement of heavy vehicles.

Chandralekha Sen, a teacher of geography, said that because of the movement in the tectonic plates in the region, coupled with heavy showers during monsoon, the soil construction in the area gets lose, resulting in mild to heavy landslides.

“These are the whims of nature which are not really in human hands. But what is in our hand is to adopt maximum caution so that the whims of nature are not aggravated. Surely, illegal building activities and uncontrolled movement of heavy vehicles go against the precautionary measures to be adopted in the hills,” Sen said.

Besides illegal constructions, the local people in the area have also complained that the river dam on Teesta and the construction work for the Sevoke-Rangpo railway project are also adding pressure on the soil. However, there has not been any takers for this argument raised by a section of the local people.

Sen pointed out that the entire eastern Himalayan area is prone to soil subsistence.

“With regard to Joshimath, there were early warnings about the current crisis, which as far as I know was ignored. Similar warnings are there about the Darjeeling�Kalimpong-Kurseong belt. No one is against economic development in the hills and promotion of tourism there. But that has to be done without offending Mother Nature,” Sen pointed out.