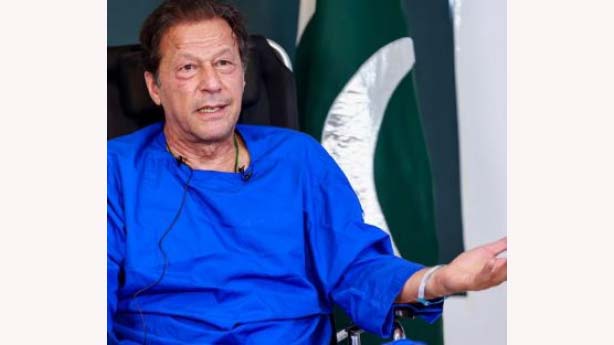 Asif said he was told at a programme that the PTI chairman had sold a gold medal which he had received from India, The Express Tribune reported.

Khan had been disqualified by the Election Commission of Pakistan for making “false statements and incorrect declaration” in the Toshakhana issue, Express Tribune reported.

On September 8, the PTI chief admitted in a written reply that he had sold at least four presents he had received during his tenure as premier.

Asif claimed that the PTI members used to ask Imran for funds for the constituencies but the former premier would instead ask them for sloganeering against the incumbent government.

“Imran has gone mad for power,” he added.

Regarding the appointment of the new army chief, Asif said the Defence Ministry had received the premier’s letter in this regard and that the process would be completed in a day or two.

He said the process was being treated as if it was the only issue in the country.

He slammed the media for contributing to the charged atmosphere by airing news about whether the summary of the army chief candidates was sent or not but not bothering to verify the information.