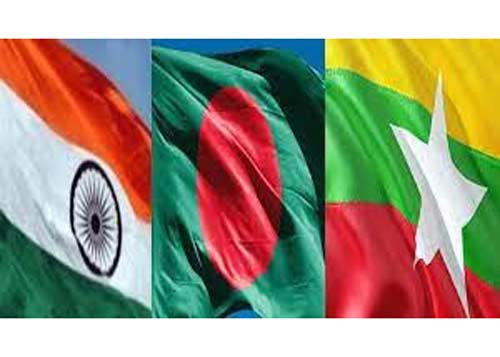 Bangladesh has offered over $40 a tonne more to Indian cooperatives to import 2.5 lakh tonnes of parboiled rice in a government-to-government deal compared with prices quoted by the private trade in a global import tender.  The import deal will be through NCCF (National Cooperative Consumers Federation) and Kendriya Bhandar in two tranches with Dhaka getting rice at $443 and $443.5 a tonne each, according to media report.

Two Indian co-operatives will export 2 lakh tonnes of rice under government-to-government deal to Bangladesh, which will also buy another 50,000 tonnes from private traders in India. The G2G deal has taken place at 11 % higher than the tender price of the private trader.

“The two co-operatives will get a huge premium of $40/tonne over the private trade, which will earn a huge profit for the government. The private trade has been in losses by undercutting each other in fierce competition,” said an exporter, who requested not to be identified.

New Delhi-based Kendriya Bhandar (Central Government Employees Consumer Co-operative Society) will supply 1 lakh tonnes of non-Basmati par-boiled rice within 75 days from the date of opening of letter of credit at $ 433.50/tonne. Kendriya Bhandar will have to ship 70% of the total contracted quantity by ship and the remaining 30% by train.

National Cooperative Consumers Federation of India will supply another 1 lakh tonnes of par-boiled rice to Bangladesh at $ 433.60/tonne within 70 days from the date of opening of the letter of credit.

According to trade sources, Raipur-based rice exporter has bagged the tender to supply 50,000 tonnes of rice to Bangladesh at $ 393.30 per tonnes.

India has banned export of broken rice on concerns about its kharif rice output, while it has put a duty of 20% on export of rice.

“Many times, we face rejection when our goods reach Bangladesh ports. In case of the trade taking place through the land border, our trucks get stranded for 4/5 days to get clearance to cross the border,” said another rice exporter, who did not wish to be identified.

In ancient times, many kings used food as a diplomatic tool to entertain their guests. The tradition continues in the modern political world. Many leaders of political parties and presidents have used and continue to use food diplomacy to strengthen relations between allies or diffuse tensions with opponents.

According to an English report, Rice appears to have emerged as a favourite diplomatic tool for building strong ties with neighbouring Myanmar and Bangladesh. It is said that the product is a staple food for most people in countries like Indonesia and Thailand and neighbouring countries like China and India. The agriculture sector is one of the most important and strategic sectors for the survival of a country.

Without food, the country can experience chaos and bankruptcy. Bangladesh government relies on various measures to maintain rice availability. The most popular way is to import rice. This import policy causes a lot of damage because Bangladesh is an agricultural country or country that mainly has rice.

Although Bangladesh’s agricultural sector is one of the best sectors, the country continues to import rice. Due to the current state of the world facing a global food crisis due to the conflict between Ukraine and Russia, many countries have closed their doors to exports to maintain their domestic reserves.

Rice is an essential product in the life of the people of Bangladesh. Dhaka, which imports about a million tonnes of rice every year, has ordered imports from Myanmar despite tensions between Myanmar and Bangladesh.

Since agriculture and livestock are the backbone of Myanmar’s economy, it earns foreign exchange from rice exports beyond self-sufficiency. The state is helping stockholders including farmers and investors to bring business opportunities.

According to a memorandum of understanding between Myanmar and Bangladesh on the rice trade, two lakh tonnes of white rice will be exported from Myanmar to Bangladesh.

Myanmar and Bangladesh signed a Memorandum of Understanding (MoU) on rice trade on September 8 this year.

As per the MoU between Myanmar and Bangladesh on the rice trade, 48 companies, under the supervision of the Myanmar Rice Federation, are to export 200,000 tonnes of rice to Bangladesh with Chinese yuan payment between October 2022 and January 2023.

Under the contract, white rice (ATAP) GPCT Broken STX variety will be delivered. The FOB prices were 2.78856 Yuan per kilogramme and 2788.56 Yuan per tonne.

Myanmar and Bangladesh have started practicing their rice diplomacy. Myanmar supplies to Bangladesh will deepen their ties. This can be a great effort by both sides to build good relations with the Bangladeshi and Myanmar governments.

It will also build good bilateral relations between the people of Bangladesh and Myanmar. In the short term, the new generation on both sides wants better relations in terms of economy, tourism, etc.

There may be some problems between Bangladesh and Myanmar. However, these issues (Rohingya refugees and border issues) should be properly addressed by both sides. Bangladesh is going to become the economic miracle of South Asia. Bangladesh is praised by the international community in every international forum.

A high-level official visit could be a step to strengthen ties. The two prime ministers may exchange visits to normalize relations. This is good news for Myanmar and Bangladesh.