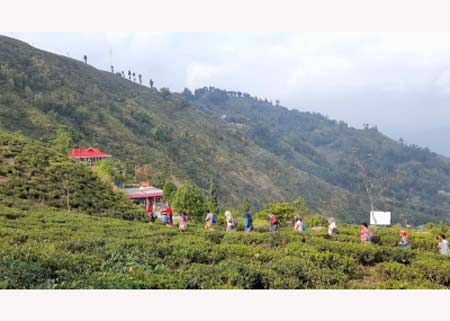 The India-Nepal border in Darjeeling district of West Bengal will be closed between November 17 and 20 in view of the upcoming Nepal general elections.

The second border point is especially frequented by tourists visiting Pashupatinath in Nepal. The total Indo-Nepal border area in Darjeeling stretches over around 100 kilometers.

Sashastra Seema Bal (SSB), the central armed forces responsible for guarding the Indo-Nepal borders, has started the sealing process. It is learnt that the decision was taken by the Centre following a request from the Nepal government.

It is learnt that SSB high-command has decided to deploy additional personnel at the border areas in Darjeeling district during the four days.

Meanwhile, the exporters apprehend major loss of business because of the decision to close down the two border points, especially the Panitanki border point, through which around 600 goods trucks move between the two countries daily. The trucks carrying vegetables from Darjeeling district mainly pass through this border.

It is learnt that the Indo-Nepal border at Galgalia in Kishanganj district of Bihar will also be sealed during the said period.