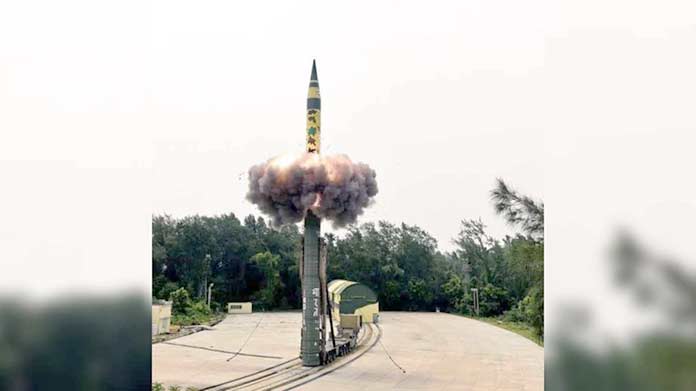 India on Thursday successfully test-fired nuclear-capable ballistic missile Agni-V that can strike targets at ranges up to 5,000 km, marking a significant boost to the country’s strategic deterrence, people familiar with the development said.
The test-firing of the missile from the APJ Abdul Kalam Island off Odisha coast came amid India’s lingering border row with China. Agni-V can bring almost the entire Asia including the northernmost part of China as well as some regions in Europe under its striking range.
The Agni 1 to 4 missiles have ranges from 700 km to 3,500 km and they have already been deployed.