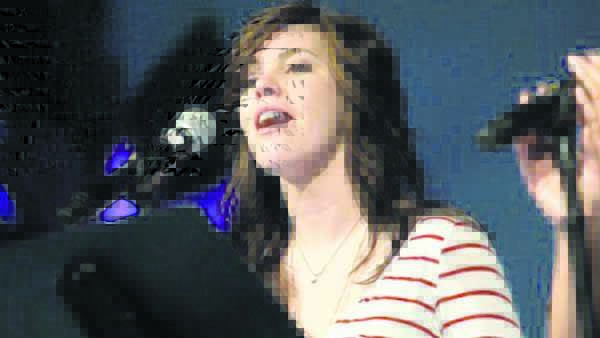 I’m Tasha Layton.  I grew up in a Christian home. I read my Bible every day. I was super excited to serve God. I went on missions trips and was just really passionate. Then just like a lot of people, I experienced some-some pretty severe church hurt.

And I couldn’t reconcile how people could be Christian and yet lie about other people. It was very wounding especially as a teenager.

I just doubted myself, I doubted who I was in Christ. I needed to know that Jesus was who He said He was and who He says He is.  I was so hurt.

I started to study music in college because I always wanted to serve God in music, but I changed my major from music to religion and I just tried to seek out truth wherever I could find it. I went through this period of searching.

And so, I went to Buddhist meditation camp, I went to synagogue, I went to mosque, I studied Mysticism in Europe for a summer, I did everything I could do to try and find truth.

I think what I found with the other religions I studied was that every one of them sort of had a piece of the truth, some peace or some fulfillment but it was never holistic for me, it was never something that changed my whole being or changed me from the inside out.

When I hit rock bottom was really when I tried to commit suicide. I was in my door room and had a gun to my head, I was pulling the trigger and someone walked in.

A friend walked in that day, into my dorm room and saw what was happening and just hugged me. And grabbed me and I just broke.

In all these other religions that you had to strive to reach God, you had to be good enough and do all the right things or to reach enlightenment, or the divine.  I realized that in Christianity Jesus pursued us. He came down to earth.

And when I think about the grace of God – He’ll always be there and He’s the one that walked into that room.

And I thought, Okay, this is different. I just knew I wanted to serve God with my spirit, soul and mind. And I went back to church. I felt the Spirit of God again.

And I felt God’s truth move from my head to my heart.  And that started a trajectory of healing in my life and I remembered the call of God on me when I was a teenager and I decided to pursue that again.

And I ended up going to seminary in California and then when I graduated I was a worship pastor in a church.

Some friends of mine were auditioning for American Idol and had asked me if I wanted to do it and I ended up making it. I was on the same season as Tori Kelly, Lauren Daigle. It was fun. And I left thinking I feel like maybe I’m supposed to do something like this…and made the transition and ended up singing professionally. That’s when I decided to move to Nashville and pursue music and write music for myself.

Now I’m putting out music and touring as an artist and a worship leader. I met my husband shortly after I moved.

And so, we ended up getting married and he’s a writer and producer. And we have two little ones. We are just loving our little family and enjoying life.

The song "Into the Sea, it’s Going to be Ok"…It’s based on Psalm 46 and there’s never been a moment where we’ve needed to hear that more.

What I love about the song is that it can speak to individual situations but it’s also speaking to our world. And I think we can relate on a lot of levels.

I would say to anyone who is questioning their faith; God’s not intimidated by their questions and He is already pursuing them.  And so, there’s grace that comes from that that is more beautiful than anything else on the planet, or anything we can experience.

G20 would be turning point for NE: EAM