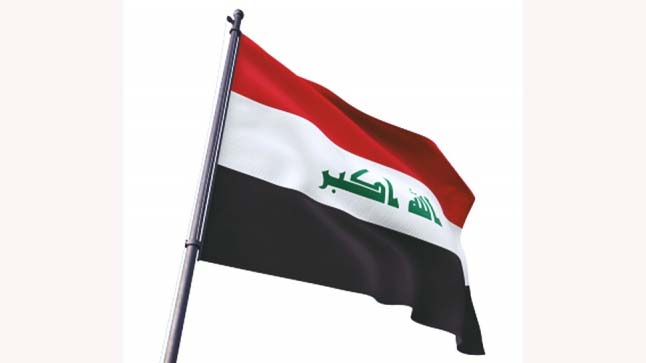 “The repeated attacks carried out by Iranian and Turkish forces with missiles and drones on the Kurdistan region are a violation of Iraq’s sovereignty and an act that contravenes international covenants and laws that regulate relations between countries,” the Iraqi Ministry of Foreign Affairs was quoted by Xinhua news agency as saying.

The lands of Iraq “are not a base or a corridor to harm any of the neighboring countries,” the ministry reaffirmed the Iraqi government’s stance in a statement on Monday.

“Iraq is also not an arena for conflicts and settling scores for external parties,” the statement added.

Earlier in the day, a Kurdish security source told Xinhua that one person was killed and at least seven others wounded when Iranian forces used ballistic missiles and drones to attack the opposition militants’ bases in Sulaymaniyah Province and Erbil Province in the Iraqi Kurdistan region.

A statement by the Kurdistan Regional Government (KRG) condemned “in the strongest terms” the Iranian attacks on the Kurdish region.

“Iran’s repeated violations of the sovereignty of Iraq and its Kurdistan region are inexcusable and a serious infringement of international law and neighborly relations,” the KRG statement said.

Also on Monday, the UN Assistance Mission for Iraq (UNAMI) called for the cessation of the “repeated attacks violating Iraqi sovereignty.”

“Whatever external score a neighboring country is seeking to settle, the use of established diplomatic instruments is the only way forward,” UNAMI said in a statement.

Meanwhile, Iran’s Tasnim News Agency confirmed that Iranian forces targeted the positions of the Democratic Party of Iranian Kurdistan with four missiles and drones in the town of Koy Sanjaq and Baharka Village in Iraq’s Kurdistan region in the early hours of Monday morning.

The Iranian news agency said Iranian security officials have urged the Iraqi government to take full control of the security of joint borders in the west and northwest of Iran.

Iranian and Turkish forces frequently attack the military bases of their Kurdish opposition parties in Kurdistan in northern and northeastern Iraq, accusing them of carrying out attacks against their home countries.

Cricketer Jadeja and sister bat for different parties in Guj