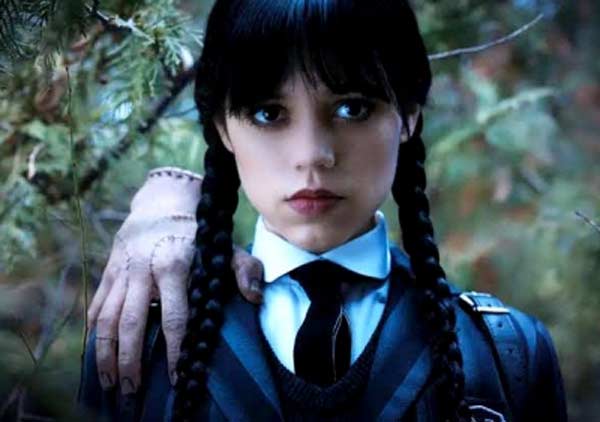 The Jenna Ortega-starrer web-series ‘Wednesday’ has been renewed for Season 2, on Netflix.

The eight-episode first season of the series centred on the titular ‘Addams Family’ character, originally debuted on November 23, reports Variety.

Netflix announced shortly thereafter that the series set a new platform record for most hours viewed for an English language series, in its first week with over 341 million hours.

Since then, the show has grown to become the second biggest English language season of television on Netflix with over 1.2 billion hours viewed within its first 28 days, among other streaming series records.

Jenna Ortega stars as Wednesday Addams in the horror comedy series. Per the official first season description, the show centres on Wednesday’s “years as a student at Nevermore Academy.”

“She attempts to master her emerging psychic ability, thwart a monstrous killing spree that has terrorised the local town, and solve the supernatural mystery that embroiled her parents 25 years ago, all while navigating her new and very tangled relationships at Nevermore.”

Catherine Zeta-Jones appeared as Morticia Addams alongside Luis Guzmin as Gomez and Isaac Ordonez as Pugsley.

“It’s been incredible to create a show that has connected with people across the world, said Gough and Millar.

“Thrilled to continue Wednesday’s tortuous journey into season two. We cannot wait to dive head first into another season and explore the kooky spooky world of Nevermore. Just need to make sure Wednesday hasn’t emptied the pool first.”