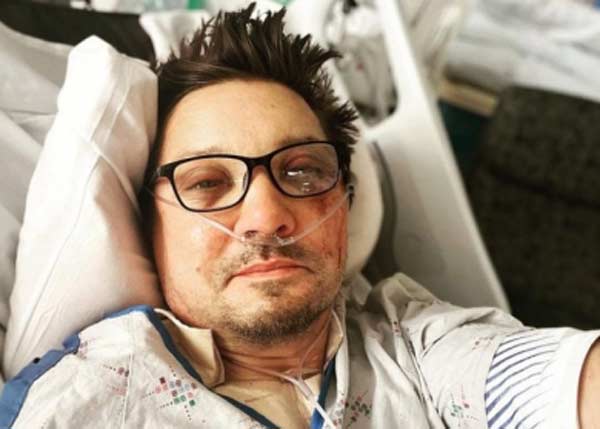 The makers of ‘Mayor of Kingstown’ have unveiled the key art of the second season of the series out of respect for Jeremy Renner’s recent snowplow accident.

Renner, who stars in ‘Mayor of Kingstown’ as Mike McLusky, was pictured with a bloodied face in the original promotional image for the season, which you can see below. That image was released in December, weeks before before Renner’s injury – after which the actor posted a picture on Instagram with bruises on his face, reports Variety.

In the new key art, above, all visible injuries have been removed.

Renner suffered blunt chest trauma and orthopedic injuries in Washoe County, Nevada. on January 1 while using a snowplow to help a stranded family member who was stuck in the snow in Renner’s car.

According to Washoe County Sheriff Darin Balaam, after Renner towed the car out of the snow and stepped out of the snowplow – “an extremely large piece of snow removal equipment weighing at least 14,330 pounds,” as described by Balaam – it began to roll, and he was run over while attempting to reenter the driver’s seat.

After two surgeries and time spent in an intensive care unit, the actor confirmed that he was out of the hospital via Twitter on Tuesday, saying that he was in recovery and had watched the first episode of Season 2 at home with his family.

Along with ‘Mayor of Kingstown’, Renner is known for starring as Hawkeye in Marvel Cinematic Universe projects including ‘The Avengers’ movies, ‘Captain America: Civil War,’ ‘Thor’ and the Disney+ series ‘Hawkeye’, with other credits including ‘The Hurt Locker’ and the ‘Mission: Impossible’ movies.

Oppn steps up pressure on Centre over Adani issue