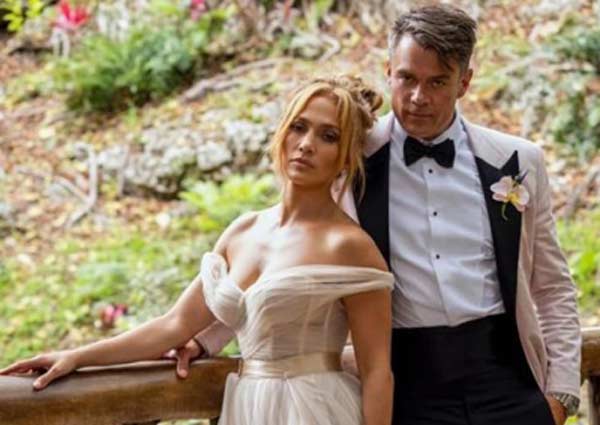 Singer-actress Jennifer Lopez, whose film ‘Shotgun Wedding’ is directly heading to the OTT bypassing its Indian theatrical release, has shared that she liked the idea of flipping the gender roles in the film.

Written by Mark Hammer, the film captures an extravagant destination wedding on a tropical island being hijacked by criminals. In the midst of it all, the couple discovers why they fell in love with each other in the first place.

Talking about the script of the movie, JLo shared: “Our couple, Darcy and Tom, have finally made it to the big day at their exotic destination wedding with all their loved ones in attendance, and basically nothing goes to plan. There are a lot of twists and turns and very unexpected things happen, but that’s what makes the ride so much fun. I just loved the script. There was a wit and a realness in the dialogue in the way Tom and Darcy went back and forth. And I was excited about the idea of doing a romantic action comedy, which is something I hadn’t done before.”

Shedding light on her character in the movie, the Hollywood superstar said: “Darcy is a lawyer who fights for other people, but when it comes to what she wants, she’s usually willing to give in. She puts on this really tough exterior, like she’s fine with all of that, but really she’s not taking care of herself. She doesn’t know how to say no. I liked the idea of flipping the gender roles – where instead of a bridezilla, you have a groomzilla. It is the woman who is afraid of commitment and not sure about the actual idea of marriage. Darcy does love Tom, but she’s not really sure if that’s what she wants.”

‘Shotgun Wedding’ will be available to stream in India on OTT platform Lionsgate Play from January 27, 2023.

NZP to remain close on Jan 31