Judge orders Tesla to tell laid off employees about lawsuit 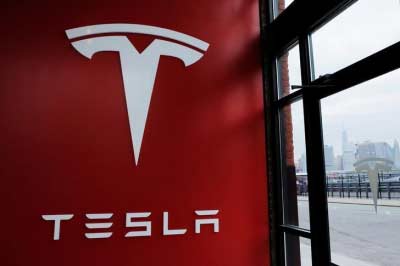 Elon Musk-run Tesla must tell its employees about a lawsuit it is facing over allegedly violating federal laws by requiring workers to sign separation agreements, a US judge has ruled.

The electric car-maker Tesla was sued by two employees in June, who were sacked in the mass layoff at the company.

John Lynch and Daxton Hartsfield, who worked at Tesla’s Gigafactory in Nevada state, said in the lawsuit that they were among “more than 500” Gigafactory employees who were terminated.

Now, the District Court has ordered that Tesla must continue to inform its employees about the suit “until the merits of Plaintiffs’ claims are resolved in federal court or in arbitration proceedings”, reports TechCrunch.

Tesla had filed a motion last month to dismiss the claims.

More than 500 other employees were sacked from Tesla’s Gigafactory in Nevada, after CEO Elon Musk announced to lay off 10 per cent of its salaried workforce.

According to the lawsuit, the Tesla mass layoff violates the Worker Adjustment and Retraining Notification (WARN) Act.

The act requires employers to notify workers at least 60 days in advance before shutting down a facility or laying off 50 or more workers from the same site.

“Tesla has failed to give Plaintiffs and the Class Members any advance written notice of their terminations,” read the lawsuit.

“Instead, Tesla has simply notified the employees that their terminations would be effective immediately. Tesla has also failed to provide a statement of the basis for reducing the notification period to zero days advance notice,” it added.