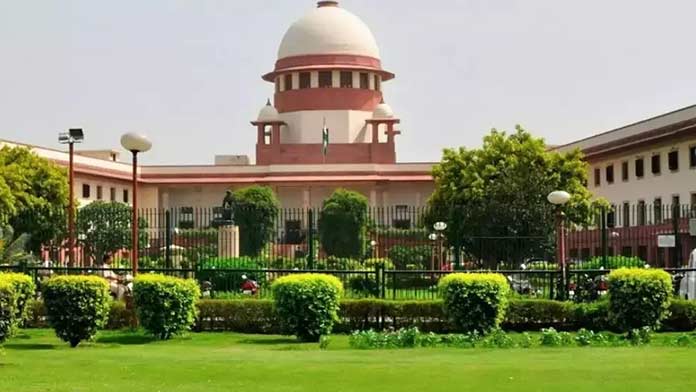 The Supreme Court has reiterated its recommendation for elevation of advocate R. John Sathyan as a judge of Madras High Court, after the Central government returned his file citing that he had shared an article critical of the Prime Minister.
The collegium, headed by Chief Justice D.Y. Chandrachud and comprising Justices Sanjay Kishan Kaul and K.M. Joseph, in a statement, said that all the consultee-judges at the relevant time, viz. Justice Kaul, Justice Indira Banerjee, Justice V. Ramasubramanian, and Justice M.M. Sundresh had found him suitable for elevation.
The statement cited an Intelligence Bureau (IB) report, which said: “As per open sources, two posts made by him, i.e. sharing of an article published in ‘The Quint’, which was critical of the Prime Minister, Narendra Modi; and another post regarding committing of suicide by medical aspirant Anitha, who ended her life in 2017 since she was unable to clear NEET, portraying it as a killing by ‘political betrayal’ and a tag stating ‘shame of you India’ came to notice.”
The collegium said all the consultee-judges had a favourable opinion about suitability of Sathyan. “The Intelligence Bureau has reported that he enjoys a good personal and professional image and that nothing adverse has come to notice against his integrity. Sathyan belongs to the Christian community. The IB report notes that he does not have any overt political leanings,” said the statement.
It further added that against this backdrop, the adverse comments of the IB in respect of posts made by Sathyan i.e. sharing an article published in ‘The Quint’ and another post regarding committing of suicide by a medical aspirant candidate in 2017 will not impinge on the suitability, character, or integrity of Sathyan.
“In this view, the collegium is of the considered opinion that R. John Sathyan is fit and suitable for being appointed as a Judge of the Madras High Court. The Collegium, therefore, resolves to reiterate its recommendation dated February 16, 2022 for appointment of R. John Sathyan, advocate, as a Judge of the Madras High Court.

I will rather die than join hands with BJP again: Nitish

NZP to remain close on Jan 31