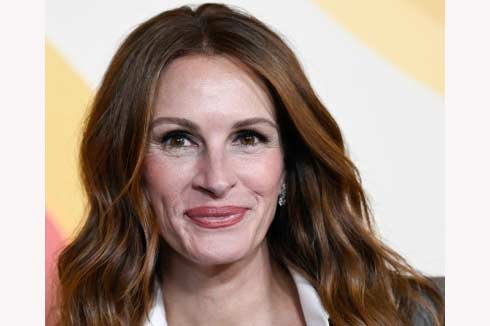 The actress, 55, revealed the couple made the gesture as her parents couldn’t afford the fee, and said her mum and dad befriended the Kings while living in Atlanta running a theatre school, reports femalefirst.co.uk.

She told Gayle King, in a clip showing her in conversation with the journalist last month that has now been shared online by a fan: “One day Coretta called my mother and asked if her kids could be part of the school because they were having a hard time finding a place that would accept her kids.

“My mom was like, ‘Sure, come on over’, and so they all just became friends, and they helped us out of a jam.”

It has been reported that a Ku Klux Klan member blew up a car outside one of Julia’s parent’s Betty and Walter Roberts’ plays in 1965 in response to King Jr’s daughter Yolanda being cast in a role in which she kissed a white actor.

Julia celebrated her 55th birthday on October 28 by sharing a selfie of herself on Instagram sipping a mug of coffee surrounded by pink and gold balloons.

She captioned the photo: “Feeling the love and magic on my 55th Birthday! My cup runneth over.”

Roberts has also paid tribute to her husband Danny Moder and their life with their children, 17-year-old twins Hazel and Phinnaeus and son Henry, 15, saying: “The life that I have built with my husband, (and) the life that we’ve built with our children, that’s the best stuff. To come home at the end of the day, triumphantly, to them.”