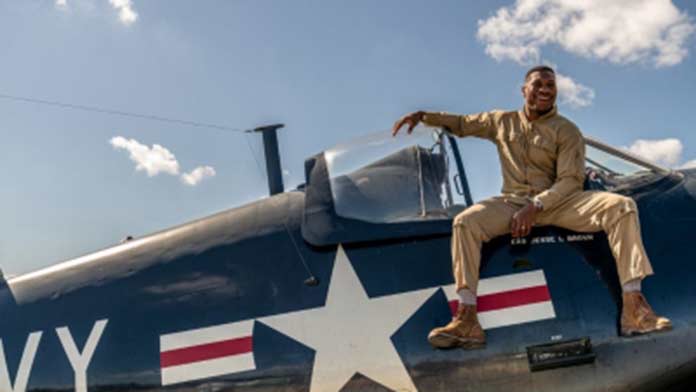 The makers of the aerial war epic film ‘Devotion’, where pop icon Joe Jonas makes his acting debut, have moved its India release from November 25 to December 2.
Based on the bestselling book written by Adam Makos, the film also stars Jonathan Majors and Glenn Powell playing celebrated wingmen in the movie.
‘Devotion’ is a true story from the Korean War about two elite US Navy fighter pilots — Jesse Brown, who was the first black aviator in US Navy history. and his compatriot and dear friend, Tom Hunder. The action takes place during a brutal battle in the Korean War.
Thomas Sadoski will be seen as the commanding officer; Powell and Majors play the parts of Hunder and Brown, respectively. ‘Devotion’also stars Christina Jackson in a lead role.
The film has been produced by Molly Smith, Thad Luckinbill and Trent Luckinbill through Black Label. PVR Pictures is distributing the film in India.
(IANS)

Previous article
Kidman to receive AFI life achievement award
Next article
Alaya F: My journey in the industry hasn’t been a very conventional one
Must Read