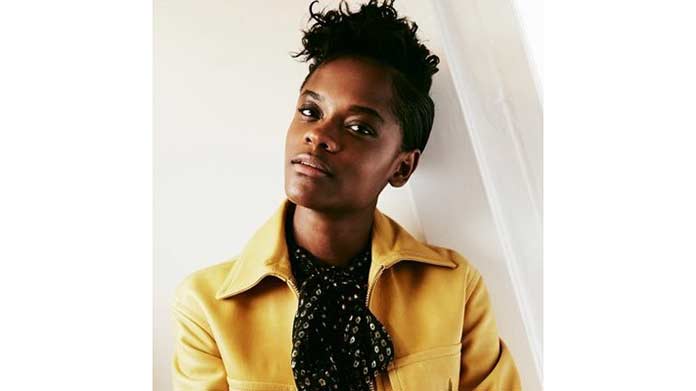 Actress Letitia Wright said that she is still in therapy processing the “traumatic” accident that happened to her on the set of ‘Black Panther: Wakanda Forever’.
The actor was injured in late August 2021 after a set accident involving a motorcycle sent her to the hospital with a fractured shoulder and a concussion, among other injuries, reports ‘Variety’.
The accident occurred on the ‘Wakanda Forever’ set in Boston. Wright was shooting a chase sequence that placed her on a “biscuit rig,” which allowed the camera to shoot her riding a motorcycle in a real environment.
According to the film’s producer Nate Moore, the rig “clipped a median and sheared the bike off, and it tumbled” with Wright on it.
“I’m still processing it,” Wright told Variety about the accident.
“I’m still working through it in therapy. It was really traumatic.”
Wright was on the Boston set with the film’s second unit crew, which meant neither Moore nor director Ryan Coogler were present when the accident occurred.
The two men were back in Atlanta on the main set of ‘Wakanda Forever’.
Coogler had to be informed of Wright’s accident via a phone call.
“It was about how you can imagine,” Cooger said about getting the call.
“I mean, I love these actors. That’s me and Chad’s little sister. Imagine getting that call that your little sister’s hurt. It’s the fucking worst thing in the world.”
Coogler and Marvel Studios present Kevin Feige traveled to Boston to visit Wright in the hospital. “It was horrifying on any production happening to anybody,” Feige said.
“It was particularly harsh on this production that was already, uha.emotionally strained.”
Feige was referring to Wright’s injury being only the latest production woe for aWakanda Forever’ at the time. The entire movie had to be rebuilt following the death of original ‘Black Panther’ star Chadwick Boseman.
Wright was determined to finish the movie as tribute to her late co-star, so she wasn’t going to let her injuries prevent that from happening.
“I just remember wanting to finish my film, man,” Wright said about Feige and Coogler’s hospital visit.
“I think that was one of the first things I said to Ryan. And he was like, ‘Tish, you need to recover.’”
Wright left Boston and travelled back home to London in order to recover. Production on ‘Wakanda Forever’ was shut down in November 2021 when it was decided that she needed more time to heal. Cameras started rolling again in January 2022. Wright said that still had to contend with post-concussion syndrome when filming resumed, reports ‘Variety’. (IANS)