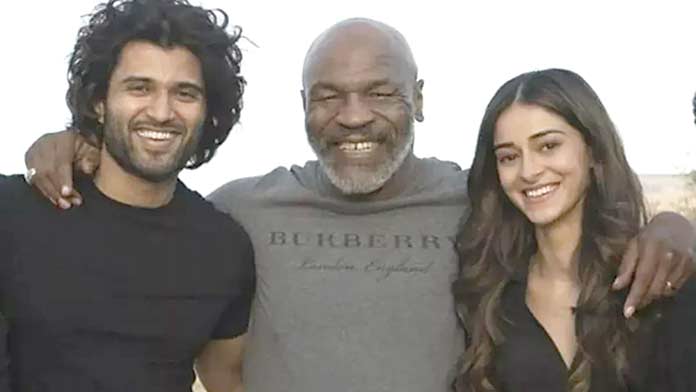 As the Vijay Deverakonda and Ananya Panday-starrer pan-India film ‘Liger’ nears its release, the producer of the film Charmme Kaur shared that casting the legendary boxer Mike Tyson was a monumental task.
Not just this, the talks even reached a breaking point once during the course of two years of casting.
Charmme Kaur told ‘Mid-Day’, “It took us two years to sign him on.” The discussion started off with his legal and managing teams in 2019. As they were midway through the talks, the Covid-19 pandemic emerged in the 2020, “We sealed the deal after months of numerous Zoom calls. And then, COVID-19 happened.”
And since “India was in the red zone”. Tyson’s team told her it’s a “deal-breaker” because of the uncertainty and strict social distancing rules. “They didn’t want to travel all the way to India, and we couldn’t have travelled (to the US) either. It was heartbreaking (that things fell apart),” the producer added.
But, Deverakonda, Jagannadh and Kaur didn’t leave hope. As the situation improved and things started swinging back to normal after the first wave, Kaur resumed the conversation with Tyson’s teams in late 2020.
“I again got hold of everyone. I made calls at 5 am IST. This went on for a year, after which Mike Tyson said, ‘Fine. Come to my backyard and shoot’. We created (a small) team and went to shoot in Las Vegas for a month,” Kaur concluded.