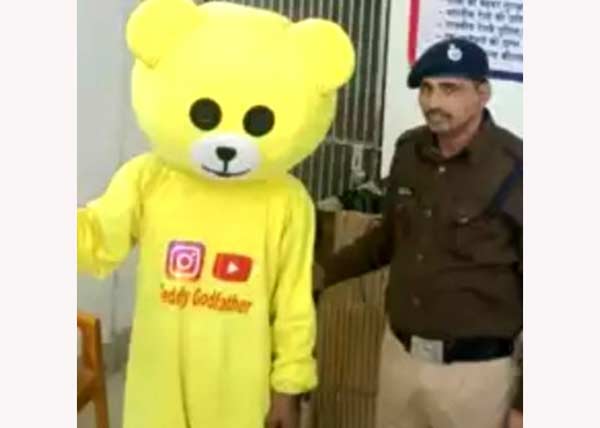 The Railway Protection Force (RPF) have arrested a man for performing a dance in a teddy bear outfit at a railway crossing.

A video of the act had gone viral on social media.

The accused, a resident of Kundaghat under Shahpur police station, has been booked under the Railway Act 145 (nuisance).

The arrested man has been identified as Sunil Kumar, 22.

According to the RPF, the video of Sunil Kumar’s act was shot by bystanders on Sunday evening, when he jumped a manned level crossing as express and freight trains were passing by.

Chandra Mohan Mishra, senior commandant of the north-eastern railway (NER), said “Sunil not only violated the railway norms but also risked his life. He was arrested by sub-inspector Deepak of Gorakhpur Cantt railway station RPF post.”

The accused said he earns a living by playing the role of a teddy bear at children’s birthday parties, fairs, and public parks.