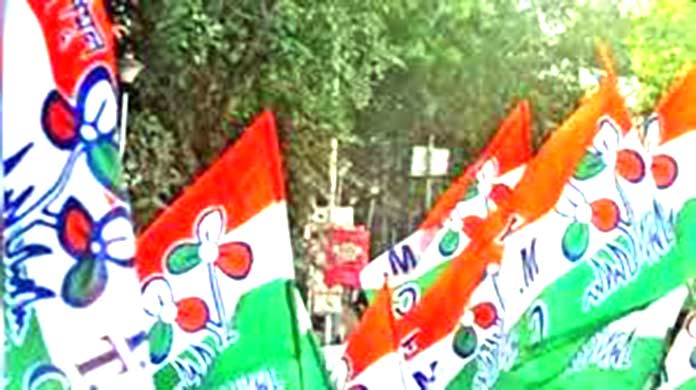 This election in two of the three northeastern states – Meghalaya, Tripura and Nagaland will prove to be a litmus test for Trinamool Congress (TMC), headed by West Bengal Chief Minister Mamata Banerjee.
TMC leader and party’s Rajya Sabha member Sushmita Dev said that her party would field candidates in Meghalaya and Tripura and would not contest in Nagaland.
The TMC is the first party in Meghalaya which declared their candidates for 52 of the total of 60 seats.
Twelve MLAs, led by former Chief Minister Mukul Sangma (2010-2018), who had won in the 2018 Assembly election as Congress nominees joined the TMC in November 2021, making the West Bengal-based party the main opposition in the northeastern state overnight.
However, weeks before the announcement of Assembly elections, two TMC MLAs switching loyalty quitting the Assembly recently joined the ruling National People’s Party (NPP) and another joined the BJP.
With three MLAs leaving the Trinamool, the party’s strength in the 60-member Assembly has come down to nine now.
However, the TMC leaders in Meghalaya claimed that thousands of NPP and other party supporters, including some leaders joined their party.
To woo the electorate, the TMC has promised to roll out the Meghalaya Financial Inclusion for Women Empowerment (MFI WE) scheme that would provide assured monthly income support of Rs 1,000 per woman per household in the state, if the party is voted to power in the forthcoming Assembly polls, expected to be held by the end of February.
The MFI WE, also called ‘WE Card’, was announced by TMC supremo Mamata Banerjee in Shillong on December 13, sparking a controversy in the state.
The BJP has announced to lodge a complaint with the Election Commission against the TMC for its promise to implement an income support scheme.
State Trinamool Vice-President, George B. Lyngdoh said that opposing ‘WE Card’ exposes BJP’s “anti-poor” politics, claiming that two lakh families have already registered for the scheme.
BJP’s Meghalaya unit Chief Ernest Mawrie said: “The Trinamool did not disclose how it will raise funds for the scheme. Such a scheme should be seen as a corrupt and unethical practice under the sections of the Representation of the People Act, 1951, as its intent is nothing but to bribe voters.”
Claiming that the ‘WE Card’ scheme failed in West Bengal, the BJP leader accused the Trinamool of making false promises since it does not have any development agenda.
After TMC was founded in 1998, it had set up bases in Tripura, Manipur and Assam but they could not maintain the political tempo in these states.
There were seven MLAs of other parties that once joined the TMC but eventually, they quit one by one.
Former Tripura Chief Minister late Sudhir Majumder, incumbent Tripura Assembly Speaker and former Congress leader Ratan Chakraborty, Ashish Saha, Subal Bhowmik and others went to TMC in 1998 and most of them returned to Congress in 2001-2002.
Majumder contested in the West Lok Sabha Constituency in 1999 with TMC ticket and secured second position.
Present lone Congress MLA in Tripura Sudip Roy Barman, six other MLAs and many leaders quit the Congress in 2016 and joined TMC and next year (2017) they joined the BJP. Roy Barman, also a former Minister, quit BJP early last year and was re-elected to the Assembly in last year’s June by-elections as a Congress nominee.
After the TMC started its organisational work in the third phase in Tripura in early 2021, it had been searching for a candidate for the party’s president post in the state and finally appointed Subal Bhowmik, a former Congress MLA and BJP leader, in April 2022.
But due to internal feud, the TMC removed Bhowmik from the post on August 24, 2022, and appointed former Tripura Congress President and veteran lawyer Pijush Kanti Biswas as President of party’s Tripura unit on December 11 last year.
Within a week after Ripun Bora, a former Assam state Congress President and former Rajya Sabha member joined the TMC in April 2022, party supremo Mamata Banerjee had appointed him as the President of Assam unit.
Bora along with his wife and former Congress MLA Monika Bora and son and many Congressmen also joined the TMC.
TMC leader and party’s Rajya Sabha member Sushmita Dev claimed that her party would form the government in Meghalaya after the Assembly elections in February “mainly because of the allegations against Chief Minister Conrad K. Sangma-led Meghalaya Democratic Alliance (MDA) government and also since the Congress is almost ‘inactive’ in the state.”
The MDA government has done nothing for the people of Meghalaya, and the Congress, which once ruled the state and was the main Opposition party, is now “non-existent” in the hill state, Dev, a former All India Mahila Congress Chief, told IANS.
She alleged that except for the atrocities and terror against the Opposition parties’ workers, leaders and supporters, the BJP also did nothing in Tripura.
“People have also realised that they (BJP) gave false promises before the 2018 Assembly polls,” Dev said, adding that the Congress and Left tie-up did not work in West Bengal and there is factionalism over the alliance.
“If the Congress and CPI-M forge an alliance, there would be further erosion among the Congress rank and file. Grassroots workers of Congress would not accept the Congress-CPI-M alliance as the Left cadres earlier unleashed atrocities on the Congress workers,” she said.
Claiming that the people would not vote for the BJP, Dev said: “Trinamool Congress, therefore, is the only alternative that could form the government after the Assembly elections in Tripura.”
She refused to make any comments about the party’s possible alliance with TIPRA (Tipraha Indigenous Progressive Regional Alliance) headed by former royal scion Pradyot Bikram Manikya Deb Barman.