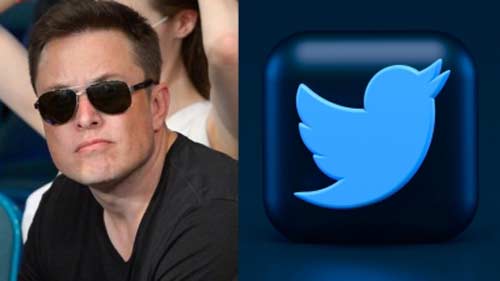 Elon Musk’s antics have made life tough for banks that are helping finance his takeover of Twitter, the media reported.

According to a report in the Wall Street Journal citing sources, Morgan Stanley, Bank of America and Barclays are finding it hard to hold all $13 billion of debt backing the deal rather than sell it.

Banks would likely face losses of around $500 million or more if they tried to sell Twitter’s debt at current market prices.

A bank generally sells the debt used to create a buyout, and moves on to the next deal.

However, “the Twitter move threatens to bring the faltering leveraged-buyout pipeline to a standstill by tying up capital that Wall Street could otherwise use to back new deals”, the report said late on Friday.

Musk and Twitter have time till October 28 to close the $44 billion takeover deal.

Banks signed agreement in April to provide Musk with the debt financing he needed to buy the company.

“They had originally intended to find third-party investors, such as loan asset managers and mutual funds, who would ultimately lend the money as is customary in leveraged buyouts,” said the report.

However, rising interest rates and growing concerns about a recession have “cooled investors’ appetite for risky loans and bonds”.

Admitting that he is “obviously” overpaying to acquire Twitter, Elon Musk has said that the micro-blogging platform has great potential in the long term.

In an earnings call after posting strong Tesla quarterly results, Musk said this week that Twitter has “incredible potential”.

“The long-term potential for Twitter, in my view, is an order of magnitude greater than its current value,” he told analysts.

“I am excited about the Twitter situation because obviously, I know that part incredibly well. And I think it’s massive and has sort of languished for a long time but has incredible potential,” the world’s richest man noted.

“Although obviously, myself and the other investors are obviously overpaying for it with Twitter right now,” Musk added.

Musk is likely to sell a portion of his shares in Tesla to help finance the close of that $44 billion take private deal.