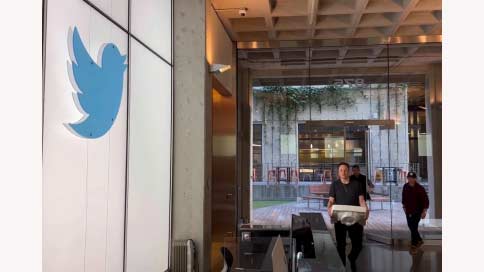 A lawyer working for Elon Musk has reassured Twitter staff that they will not go to jail for being liable if the company violated the requirements of the Federal Trade Commission’s (FTC) consent decree.

Musk’s lawyer Alex Spiro sent an email to employees, seen by TechCrunch, that said it is “Twitter itself (not individual employees) who is a party and therefore only Twitter the company that could be liable”.

In 2011, Twitter agreed to a consent decree with the US regulator after being found to have misused user data.

The FTC this week said that “no CEO or company is above the law”.

Spiro said in the email that it is the company’s obligation.

The lawyer said that they will remain in compliance with the consent decree.

Meanwhile, instances of racial slurs on Twitter have increased since Musk bought the influential platform, despite assurances from the platform that it has reduced hate activity.

The researchers at the Centre for Countering Digital Hate discovered that in the week following Musk’s purchase of Twitter, the number of tweets containing one of several different racial slurs increased dramatically.

The number of racial epithets used to attack Black people was more than 26,000, which is three times the average for 2022.

Also, several Twitter users on Friday reported that the new $7.99 Blue subscription service suddenly disappeared from their iOS app, as Elon Musk claimed the platform has hit an “all-time high of active users”.