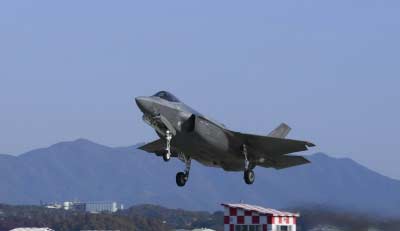 North Korea on Tuesday warned that it could stage “more powerful follow-up measures” if the US continues “military provocations”, citing its large-scale combined air exercise with South Korea.

The exercise is “a war drill for aggression mainly aimed at striking the strategic targets of the DPRK in case of contingency in the Korean Peninsula”, the spokesman said in a statement carried by the North’s official Korean Central News Agency (KCNA).

DPRK is the acronym of North Korea’s official name, the Democratic People’s Republic of Korea.

The allies on Monday kicked off their first massive joint air drills in nearly five years, with more than 240 aircraft, including stealth jets, mobilised, over the skies of the peninsula amid growing speculation that Pyongyang may conduct a nuclear test soon. The exercise is to run through Friday.

The North’s official warned that Pyongyang is “ready to take all necessary measures for defending its sovereignty, people’s security and territorial integrity from outside military threats”.

“If the US continuously persists in the grave military provocations, the DPRK will take into account more powerful follow-up measures,” the spokesman said.

North Korea has long denounced joint military drills between Seoul and Washington as a rehearsal for invasion, calling on Washington to end its “hostile” policy.

The allies stress that the exercises are defensive in nature.

The five-day combined air drills came after a series of provocations by Pyongyang in recent weeks, including its firing of two short-range ballistic missiles into the East Sea on October 28 and the latest launches of artillery shells.