NASA prepares to launch Artemis I Moon mission on Sep 27 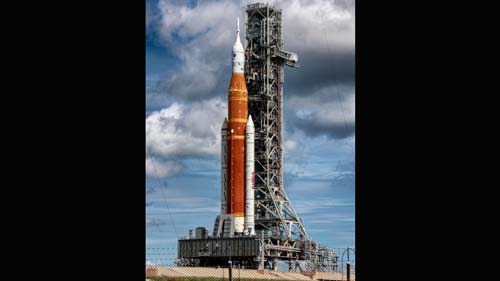 NASA will attempt to launch its Artemis I moon mission on September 27 after two failures, with a potential backup opportunity of October 2 under review.

NASA said that it adjusted the targeted dates for a cryogenic demonstration test and the next launch opportunities for Artemis I.

The agency will conduct the demonstration test on September 21, before going for the launch.

Artemis I teams have completed repair work to the area of a hydrogen leak in one of the rocket’s engines.

On September 3, NASA attempted to launch Artemis I but called it off after detecting a liquid hydrogen leak.

Artemis I is NASA’s uncrewed flight test which will provide a foundation for human exploration in deep space and demonstrate NASA’s commitment and capability to extend human existence to the Moon and beyond.

The US space agency on August 30 scrubbed the mission launch for the first time owing to technical glitch with one of the SLS rocket’s engines.

During the second launch attempt, engineers saw a leak in a cavity between the ground side and rocket side plates surrounding an 8-inch line used to fill and drain liquid hydrogen from the SLS rocket.