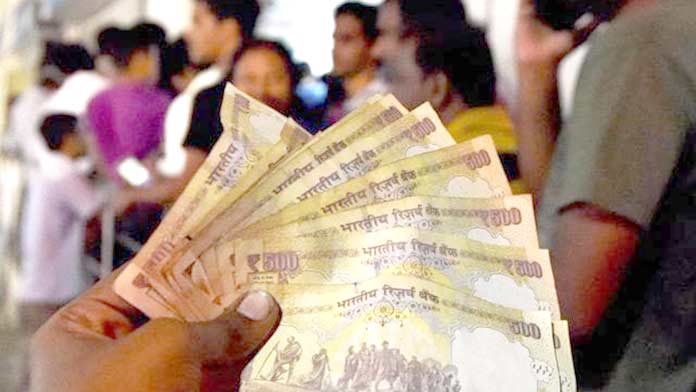 Describing demonetisation as an “economic genocide”, a “criminal act” and an “organised loot”, opposition parties slammed the BJP-led Centre for its decision taken on this day in 2016 to scrap high-value currency notes.
On November 8, 2016, Prime Minister Narendra Modi announced the demonetisation of the old Rs 1,000 and Rs 500 banknotes. The key objectives of the decision were to promote digi-tal payments and curb black money, besides eliminating terror funding.
At a press briefing here, the Congress alleged that demonetisation was the “greatest organised loot” in Independent India and demanded a white paper on it from the Modi government.
In a tweet, Kharge said: “6 years of ‘Organised Loot and Legalised Plunder’. Tribute to those 150 people who lost their lives due to #Demonetisation disaster. As we observe 6 years of this epic failure, it is important to remind the PM about the ill-conceived calamity which he thrust upon the nation.”
Former Congress chief Rahul Gandhi also hit out at Modi over the decision, saying it was a deliberate move by “PayPM” to ensure that two or three of his billionaire friends monopolise India’s economy.
“Demonetisation was a deliberate move by ‘PayPM’ to ensure that 2-3 of his billionaire friends monopolise India’s economy by finishing small and medium businesses,” Gandhi said in a tweet in Hindi. Trinamool Congress (TMC) spokesperson and leader of the party in the Rajya Sabha Derek O’Brien said the move was a “gimmick”. In a tweet, he said: “6 years ago, today. A gimmick that turned out to be an economic genocide #demonetisation. Wrote about this in my book in 2017 #InsideParliament.
O’Brien also pointed out that West Bengal chief minister and TMC supremo Mamata Banerjee had called for the withdrawal of the decision. “@MamataOfficial called it first ‘withdraw this draconian decision’ minutes after announcement. Others agreed, but only weeks later.”
Communist Party of India (Marxist) general secretary Sitaram Yechury accused the government of “beating its own drum on the criminal act of #Demonetisation, against all good sense, evidence and advice”. “The sixth anniversary of Modi and his govt’s hubris, killing off the Indian economy. Demonetisation has resulted in chaos apart from a record high of cash in circulation. ?30.88 lakh crore! The worst jumla of all – ‘This suffering is only for 50 days’,” Yechury wrote on Twitter.
Senior CPI leader Binoy Viswam also hit out at the government and said six years ago, the step to scrap high-value currency notes was taken with great fan-fare and the promise to put an end to black money and terrorism, adding that now is the time to take stock of how it has helped the country.
“Now the time has come to take stock of those promises. PM is requested to present a white paper on demonetisation,” the Left leader said in a tweet.