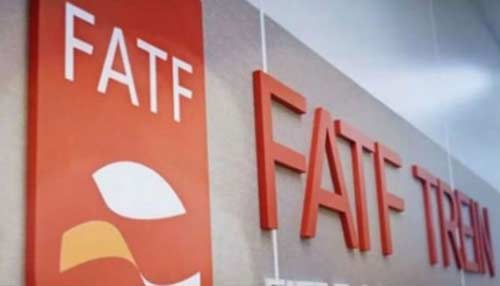 The Financial Action Task Force (FATF), a global money laundering and terrorism financing watchdog, is set to take up removal of Pakistan from a list of countries under “increased monitoring” when its plenary session will conclude in Paris on Friday.

In a meeting in June, the FATF said it was keeping Pakistan on the list, also known as the ‘grey list’, but said it might be removed after an on-site visit to verify progress, The Express Tribune reported.

Last month, the Foreign Office said a FATF technical team had conducted a “successful” visit and Islamabad was expecting a “logical conclusion” of the evaluation process in October.

If removed from the list, Pakistan would essentially receive a reputational boost and get a clean bill of health from the international community on terrorist financing.

If sources, both in the government and the diplomatic community, are to be believed, Pakistan is likely to get the clean bill and would be removed from the watch list, The Express Tribune reported.

Among other issues on the agenda, the FATF in its two-day meeting in the French capital would be examining the on-site assessment report of the technical team that visited Pakistan in September to verify the steps taken by the country with regard to implementing the plan of action.

he findings of the team would be discussed in the Paris meeting.

The positive outcome of the on-site team’s findings would allow Pakistan to finally come clean over deficiencies in the system to curb money laundering and terror financing.

SourceIANS
Previous article
US Senate has no objections to F-16 deal with Pak: State Dept
Next article
Fate of Imran’s political future at stake in Toshakhana verdict
Must Read