Panic attack vs. heart attack: How to tell the difference 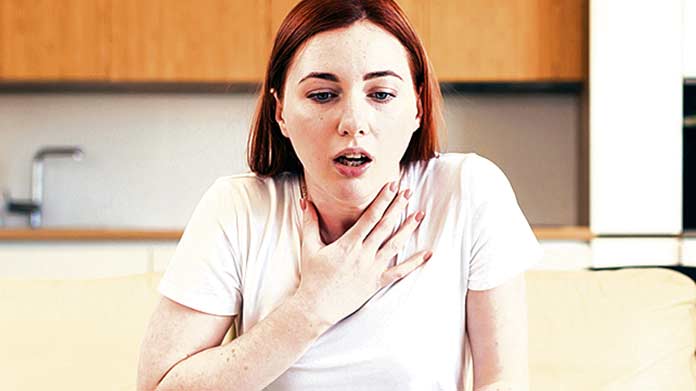 Health Day Reporter
Panic attack and heart attack can have similar symptoms. When in doubt, you should always seek emergency medical care.
The symptoms of a panic attack versus those of a heart attack can be surprisingly similar:
chest pain
trouble breathing
dizziness
a cold sweat all over
In fact, these symptoms are so similar that one studyTrusted Source from 2019 found that of 1,300 people who visited the emergency room with noncardiac chest pain, over 77% of them had visited the emergency room for chest-related pain following a panic attack.
But for as much as a panic attack can feel like a heart attack, sometimes symptoms like chest pain, sweating, and trouble breathing do indicate that something more serious is happening.
So, if you’ve found yourself wondering about the differences between the two, we’ve broken down everything you need to know about the signs of a panic attack versus a heart attack — including when to get medical attention.
What is a panic attack?
A panic attackTrusted Source is a sudden, intense feeling of overwhelming anxiety that can cause intense physical and mental symptoms. When someone has a panic attack, they often feel intense worry and fear, accompanied by a racing heart, sweaty palms, and other physical symptoms. While panic attacks can feel scary and uncomfortable, they are not actually dangerous.
Panic attack symptoms
A panic attack can cause a handful of overwhelming physical and mental symptoms, including:
a racing or pounding heart
lightheadedness or dizziness
cold flashes or hot flashes
shaking, trembling, or shivering
sweating, including sweaty palms
nausea, stomach upset, or diarrhea
chest pain or trouble breathing
a sudden feeling of impending doom
intense feelings of worry, anxiety, and fear
feeling disconnected from yourself (depersonalization) or the world around you (derealization)
What is a heart attack?
A heart attackTrusted Source — or myocardial infarction — happens when the blood flow to the heart becomes blocked, usually due to a blood clot. Without proper blood flow, the heart muscle cannot get enough oxygen and begins to die. If a heart attack is not treated as quickly as possible, it can result in severe damage to the heart and possibly even death.
Heart attack symptoms
A heart attack is a serious medical condition that can cause a wide range of symptomsTrusted Source, which may include:
shortness of breath or trouble breathing
chest discomfort, usually on the left side or in the center of the chest
squeezing, pressure, or pain in the chest that is persistent or goes away and returns
discomfort, pressure, or pain in the neck, jaw, or upper back
discomfort, pressure, or pain in the arms or shoulders
lightheadedness, dizziness, or weakness
sweating, nausea, or vomiting
unexplained tiredness or fatigue
According to the American Heart Association (AHA)Trusted Source, women are more likely than men to experience certain symptoms, like:
neck pain
jaw pain
back pain
trouble breathing
nausea or vomiting
How do a panic attack and a heart attack feel similar?
One of the reasons why people sometimes mistake a panic attack for something scary like a heart attack is because there’s some overlap between the symptoms. For example, both a panic attack and a heart attack can cause:
shortness of breath
chest pain
lightheadedness
sweating
other uncomfortable physical symptoms
Many times, the fear of a panic attack being a heart attack also comes from the panic attack itself — the feeling of impending doom, the strong sense that something is wrong. Of course, these feelings are typical during panic attacks, but when it comes to a panic attack, feeling like something is wrong doesn’t always mean that it is.
How do a panic attack and a heart attack feel different? In the moment, it may feel impossible to decide if your uncomfortable symptoms are more than just a panic attack. Here are some of the ways to distinguish between the two.
For most people, a panic attack usually only lasts for about 10 minutes. When it starts, it comes on very suddenly, sometimes in response to a trigger, and tends to peak within that time. Most panic attack symptoms will disappear within 30 minutes — although sometimes they can take a few hours to fully go away.
When someone is having a heart attack, however, the symptoms can come on gradually or suddenly — and usually do so after exertion. A heart attack can cause pain that ranges from a sharp pain to a crushing sensation, and this pain often spreads to the jaw, neck, or back. Rather than disappearing within a short time, the symptoms of a heart attack can last for hours.
How is a panic attack diagnosed?
If you’ve recently experienced the symptoms of a panic attack, reach out to your doctor to discuss more. Once your doctor makes sure that your symptoms were not due to another underlying condition, they can refer you to a mental health professional for a proper diagnosis and treatment.
Treating a panic attack
Whether you’ve just had your first panic attack recently or are dealing with another mental health condition that causes frequent panic attacks, treatment is available to help you navigate recovery. Various treatment options are available to help reduce your symptoms, including:
Therapy: Cognitive behavioral therapy (CBT) is one of the most used therapy approaches for anxiety and panic disorders. CBT can help you address and change the thoughts, feelings, and behaviors that might be contributing to your panic attacks.
Medications: Certain medications can help reduce the symptoms of anxiety that may be causing your panic attacks. Selective serotonin reuptake inhibitors (SSRIs) and serotonin and norepinephrine reuptake inhibitors (SNRIs), two types of antidepressants, are commonly prescribed for chronic anxiety.
Lifestyle changes: Many people experience panic attacks in response to increased life stressors, so making changes to help reduce your overall stress can help. And for people who experience panic attacks as a symptom of another condition — like post-traumatic stress disorder (PTSD) — treating the underlying conditions can also make a huge difference.