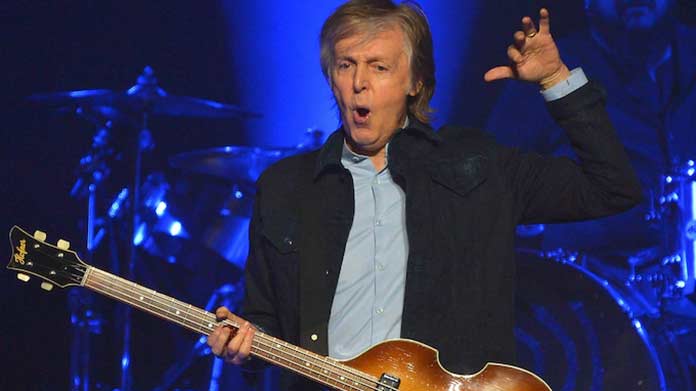 The Beatles singer Paul McCartney, who shared vocal duties with band member John Lennon, has revealed why he ‘couldn’t talk’ about John Lennon after his tragic death in 1980.
McCartney, 80, opened up about how he got home from the studio after Lennon’s murder and turned on the TV to see people reflecting on his friend’s impact – but it was ‘too difficult’ for him to do the same, reports New York Post.
The musician revealed that the sudden loss of Lennon “hit me so much that I couldn’t really talk about it,” he said in a new interview with Sirius XM’s The Beatles Channel about the making of his 1982 solo album ‘Tug of War’.
“I remember getting home from the studio on the day that we’d heard the news he died. Turning the TV on and seeing people say, ‘Well, John Lennon was this,’ and, ‘What he was, was this,’ and, ‘I remember meeting him,’” he continued, quoted by New York Post.
“I was like, ‘I can’t be one of those people. I can’t go on TV and say what John meant to me.’ It was too deep. I couldn’t put it into words,” he added.
McCartney shared how “once the emotions had sort of settled a little bit,” he was able to process his grief through writing ‘Here Today’.
“I was in a building that would become my recording studio, and there were just a couple of little empty rooms upstairs,” he remembered. “So I found a room and just sat on the wooden floor in a corner with my guitar and just started to play the opening chords to ‘Here Today’”.
Lennon died on December 8, 1980 at 40 years old when he was shot outside his home he shared with his wife Yoko Ono in New York City by Mark David Chapman.