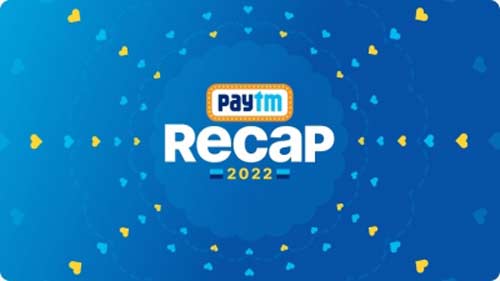 Delhi-NCR has emerged as India’s digital payments capital whereas Tamil Nadu’s Katpadi is the fastest growing city for digital payments with 7X growth in 2022, One97 Communications Limited (OCL), that owns leading payments and financial services company Paytm, said in a report on Wednesday.

The company helped its users avoid 1,618,796,629 trips to ATMs. Paytm is taking digital payments far and wide, driving financial inclusion with two out of three of its new users coming from smaller cities and towns.

According to the aPaytm 2022 Recap’ report, which highlighted interesting trends of transactions made through Paytm in 2022, Paytm UPI is one of the most preferred payment methods for Indians, with its superfast and secure payments.

An intriguing observation is that the maximum number of payments have been done at 7.23 p.m. with Wednesday emerging as the busiest day in the week for digital transactions.

Two of the most common names among Paytm’s users are Rahul and Pooja, according to the report.

Chennai and Trichy in Tamil Nadu have the highest percentage of offline payments on food and beverages while Amritsar saw the highest spend on health and grooming through Paytm.

Noida and Nagpur saw the highest percentage of spending via Paytm on micro sellers or street side vendors. Paytm’s market in the North East also saw huge growth.

The fastest growing cities in the North East for UPI transactions are — Lohit in Arunachal Pradesh, South Sikkim and Ranipool, and Assam’s Guwahati, Dibrugarh, Jorhat and Kamrup, the report mentioned.

“As the pioneer of QR and mobile-based payments in India, we continue to see widespread love for the most trusted payments app — Paytm,” said a company spokesperson.

“Over the last year, we have seen greater adoption among consumers and merchants, leading to some interesting trends with Paytm UPI leading the way. With the trust bestowed upon us by our users, we remain focused on driving financial inclusion in India,” the spokesperson added.

One user made transactions in 106 cities across 20 states. Another user booked flights between Mumbai and Delhi 358 times using the Paytm app, said the report.

Paytm continues to strengthen its leadership in offline payments with more than 5.5 million merchants now paying subscriptions for payment devices.

Paytm Soundbox is the sound of merchant transactions in India, with a new merchant and their customers being greeted by its melody every six seconds.

With Paytm UPI, the company enables seamless and superfast money transfers. One user referred more than 1,300 of his friends and family to Paytm last year and earned over Rs 1 lakh.

“Engaging observations have been seen in merchant transactions with Rs 20 being the most common amount paid on Paytm merchant QRs. Varanasi has seen 213 per cent growth in Offline QR transactions,” the findings showed.

During the online Diwali sale season, the highest amount spent by a single user was Rs 2.8 lakhs.

Another festival that saw a high volume of Paytm UPI transactions is Rakhi, with Rs 1,100 being the favourite “shagan”.