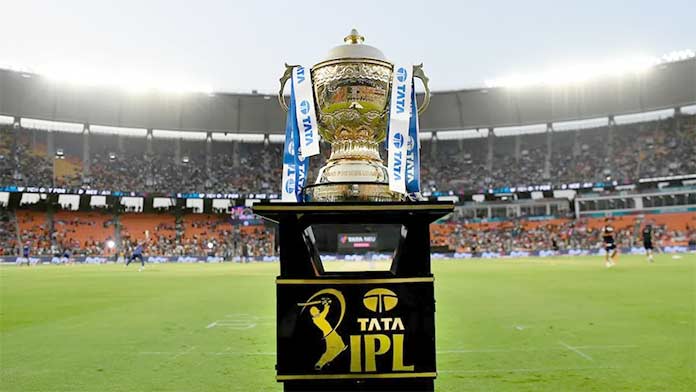 Chennai Super Kings retained all-rounder Ravindra Jadeja but released long-serving player Dwayne Bravo while Sunrisers Hyderabad let go of their captain Kane Williamson as all ten Indian Premier League franchises on Tuesday announced their full list of retained and released players ahead of the mini-auction next month.
Jadeja had stepped down as CSK skipper mid-way during last year’s IPL and there were reports of an acrimonious relationship between him and the franchise. However, it seems that all is well now between the two parties and the star all-rounder will continue to “Whistle Podu” for the Chennai franchise.
However, the four-time champions have released West Indies great Dwayne Bravo, the 39-year-old T20 itinerant who now seems to be struggling toward the end of a chequered career. Bravo has been with CSK since 2011 and has won the Purple Cap twice (2013 and 2015). He was bought by CSK for Rs 4.40 crore in the 2022 IPL Auction.
Apart from Bravo, CSK also released New Zealand’s Adam Milne, Englishman Chris Jordan and Indians N Jagadeesan, C Hari Nishaanth, K Bhagat Varma, KM Asif, and Robin Uthappa, who had retired from all forms of cricket in September.
On the other hand, Williamson, who captained the Sunrisers in the 2022 edition, had recently recovered from an injury and has been struggling for form in recent times. Thus the Sunrisers expectedly decided to release him from the contract.
“Always our Kane Mama!,” the franchisee wrote in a post on its social media handle with a thank you note to Williamson, who has played 76 matches for Sunrisers Hyderabad, scoring 2101 runs at an average of 36.22 and a strike rate of 126.03.
The franchise has also released West Indies skipper Nicholas Pooran, who couldn’t perform as per expectations last season.
In other big movements, Punjab Kings have released their last edition’s captain Mayank Agarwal along with eight other players — Benny Howell, Odean Smith, Vaibhav Arora, Ishan Porel, Ansh Patel, Prerak Mankad, Sandeep Sharma, Writtick Chatterjee.
Meanwhile, five-time champions Mumbai Indians released as many as 13 players, including West Indies giant Kieron Pollard, who announced retirement earlier in the day. On the other hand, Lucknow Super Giants released the Caribbean duo of Evin Lewis and Jason Holder, Sri Lanka’s Dushmantha Chameera and IPL’s first Indian centurion Manish Pandey.
Defending champions Gujarat Titans released Gurkeerat Singh, Varun Aaron and Dominic Drakes. They have already traded Lockie Ferguson and Rahmanullah Gurbaz to KKR.
After revealing the list of retained and released players, the Sunrisers had the largest purse (Rs 42.25 crore) for the auction on December 23, followed by Punjab (Rs 32.20 crore), Lucknow (Rs 23.35 crore), Mumbai (Rs 20.55 crore), Chennai (Rs 20.45 crore), Delhi (Rs 19.45 crore), Gujarat (Rs 19.25 crore), Rajasthan Royals (Rs 13.2 crore), RCB (Rs 8.75 crore) and KKR (Rs 7.05 crore).