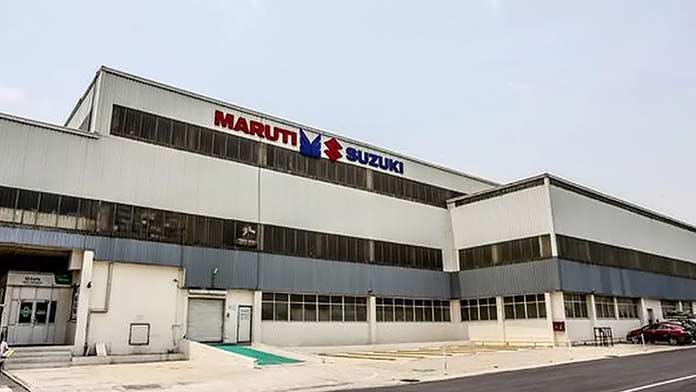 Prime Minister Narendra Modi will virtually lay the foundation stone of Maruti Suzuki’s third plant at Industrial Model Township (IMT) in Kharkhoda in Sonipat in Haryana on Sunday.
Chief Minister Manohar Lal Khattar, Deputy Chief Minister Dushyant Chautala besides central ministers and MPs will be present at the ocassion.
The Chief Minister said the foundation stone would prove to be a new milestone in the industrial progress of Haryana.
“Today Haryana has become a major automobile manufacturing hub in the country. At present, about 50 per cent of the cars made in India are manufactured in Haryana. With Maruti Suzuki setting up another such plant, a new industrial hub is going to be developed in Haryana,” said Khattar.
He said the state government has given all kinds of facilities to the industry due to which the state is progressing continuously as an industrial hub. Investment by big companies like Maruti has given a positive impetus to the industrial environment.
The Chief Minister said that after Gurugram and Manesar, this is the third plant of Maruti Suzuki which will be set up in Haryana. Along with Maruti car, the foundation stone of Suzuki’s bike manufacturing plant will also be laid here.
This huge investment being made by Maruti and Suzuki is certainly going to open doors of employment and development for the state and in the coming times, Kharkhoda is certainly going to come at par with Gurugram and Manesar.
In May, a memorandum of understanding was signed for the allotment of land to Maruti Suzuki India Ltd. and Suzuki Motorcycle India Pvt. Ltd. for setting up of this plant. A sum of Rs 2,400 crore was spent for the purchase of this land and more than Rs 20,000 crore are to be invested. Maruti’s new plants will be set up on an area of 900 acres.

India’s focus should be on reducing dependence on China: Suman Bery