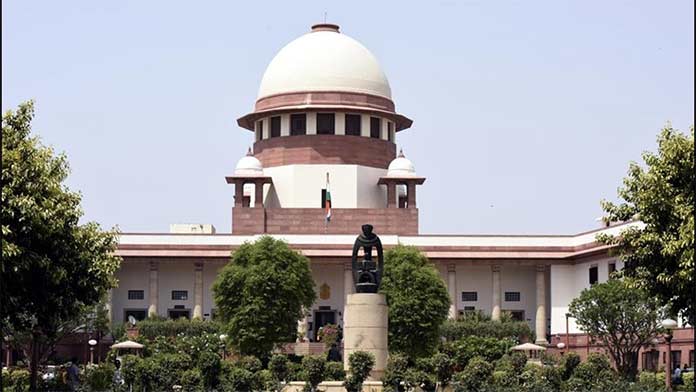 Parties across the political spectrum have reacted to the Supreme Court verdict on the 10% quota for Economically Weaker Sections
While most welcomed the verdict, there were some who have vowed to oppose it. Here’s a compilation of some of the reactions and statements:
BJP, says victory for PM’s social justice mission: The BJP lauded the verdict and said it is a victory for Prime Minister Narendra Modi in his “mission” to provide social justice to the country’s poor.
BJP general secretary (organisation) B L Santhosh said, “Another big credit for PM Narendra Modi’s vision of Gareeb Kalyan. A big boost in the direction of social justice .”
Ex-law minister Ashwani Kumar welcomes verdict: Former Union law minister and ex-Congressman Ashwani Kumar while welcoming the verdict said there are different views on the subject and that two distinguished judges have chosen to give a dissenting view on the overall judgement shows the debate will continue.
“I believe that the state should give benefits to a person belonging to any caste if they are economically weaker. But the views on the Indira Sawhney case are different. The reservation can only be given only on a social basis. By amending the Constitution, the Parliament has given a priority to the economic basis to grant reservation and it has been upheld by the Supreme Court.”
TMC MP hails verdict, party says ‘no comment’: Senior TMC leader and MP Saugata Roy on Monday hailed the Supreme Court’s verdict, calling it “a big step towards achieving economic equality in the country.”
However, TMC chief spokesperson and Rajya Sabha MP Sukhendu Sekhar Ray said, “The apex court has given a verdict and we have nothing to say on it as of now.”
Congress’s Udit Raj calls SC ‘casteist’: “Supreme Court is casteist, is there still doubt about it! It refused to give reservation to SC/ST, OBC in Indira Sawhney case citing the Constitution’s limit of 50 per cent but reversed its statement when it came to EWS reservation,” Congress leader Udit Raj said in his tweet in Hindi.
In another tweet, he clarified that he was not opposing the reservation of poor upper castes but was only mentioning the SC’s vision in the matter of Indira Sawhney.
Stalin to take legal opinion of EWS quota: Tamil Nadu chief minister M.K. Stalin on Monday said that he would take legal opinion before deciding the next course of action on the issue of reservations in education and government jobs for economically weaker sections (EWS).
In a setback to the DMK government in Tamil Nadu, the Supreme Court on Monday upheld the validity of the 103rd Constitutional Amendment which earmarks 10 per cent reservation for EWS candidates in government jobs and educational institutions even as the ‘poorest of poor’ among Scheduled Castes (SCs), Scheduled Tribes (STs), Other Backward Classes (OBCs) and Socially and Educationally Backward Classes (SEBCs), are excluded from its ambit.
Terming the development as a setback to the century-old fight for social justice, Stalin urged Tamil Nadu political parties and other organisation to join hands for the cause of social justice.
The DMK government, which had opposed the amendment, was one of the parties in the case. It had decided not to implement the EWS quota for government jobs.

Canadian party calls for boycott of G20 activities in India