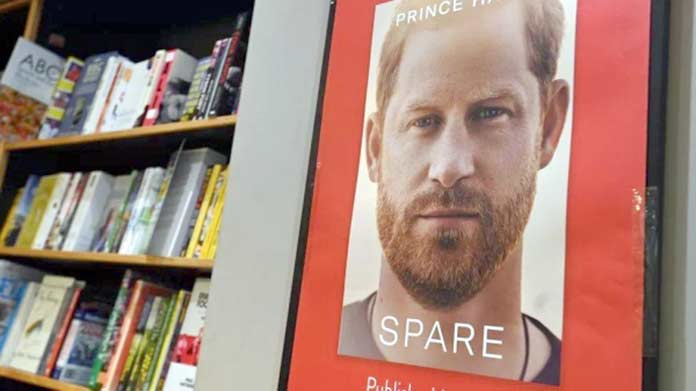 Bookshops across London opened at midnight to meet the demand for Prince Harry’s memoir after it officially went on sale.
Fans queuing to buy a hardback copy described wanting to hear the story “from the horse’s mouth”.
It follows the chaotic launch of Spare with multiple leaks and copies being made available in Spain last week.
Waterstones says Prince Harry’s book has been one of its “biggest pre-order titles for a decade”.
The booksellers opened their flagship Piccadilly branch early on Tuesday in expectation of high customer demand, as the book was published around the world in 16 languages.
Branches of WH Smith in locations including Euston, Victoria, Heathrow and Gatwick were also among those to extend their hours for the release.
The memoir is already top of the best sellers in the UK for online retailer Amazon, after days of headline-grabbing revelations from leaks – ranging from how Prince Harry lost his virginity to claims that Prince Harry was attacked by his brother, Prince William.
The 410-page memoir, revealing the conflict and personal tensions inside royal palaces, shows Prince Harry’s version of growing up and then falling out with the Royal Family.
(Saudi Gazette)