Princess Diana cuts a lonely figure in ‘The Crown’ Season 5 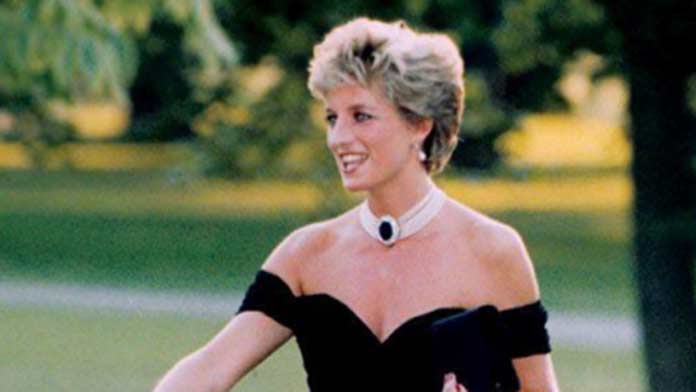 The first look of ‘The Crown’ Season 5 featuring a brand new cast has been revealed by streaming giant Netflix.
The stills show a lonely-looking Princess Diana played by Elizabeth Debicki, taking over from Emma Corrin in the previous season, clad in a sparkly gown as she heads into a glamorous evening engagement, her shoulders hunched and head bowed, reports Variety.
In another image, Prince Charles played by Dominic West, who replaces Josh O’Connor from seasons 3 and 4 and his mistress Camilla Parker Bowles played by Olivia Williams, who steps into Emerald Fennell’s shoes are beaming while huddling together outdoors as they appear to watch a fireworks display.
In another, happier, photograph, however, Diana and Charles are pictured together on a speedboat vacationing with their young sons Prince William and Prince Harry. “That’s the amazing thing about playing these people at this time, because in the journey of ‘The Crown’ so far out of all the seasons, this is the most visual content we have of the Royal Family,” Debicki told Netflix’s fansite Tudum, who first revealed the images.
“In the ‘90s, everything had started to be filmed and also it was the birth of the 24-hour news cycle so there’s just this incredible amount of content that we have access to. Diana was the most photographed person in the world at that time.
As an actor you open the portal and this huge tsunami of information comes at you. I happily swam around in it.”
West added: “I think people understand, because the cast has changed every two seasons, that this is not an imitation. This is an evoking of a character. That’s really where the show lives: in the imagined conversations of their private life, which is something that no one knows.”
“I think that’s what it gets a lot of criticism for. How can you know what they talk about in their private lives? The obvious answer is we don’t, but we have an incredible writer, a dramatist, who imagines based on exhaustive research, and that’s really part of the fascination of the show.”
There is also a shot of Imelda Staunton as Queen Elizabeth II herself, apparently in Scotland, alongside her husband Prince Philip (Jonathan Pryce), with both wearing signature red tartan. Staunton takes over the role of monarch and matriarch from Olivia Colman, who played Her Majesty in the third and fourth seasons of the show, while Pryce replaces Tobias Menzies.
In the series’ first two seasons, Claire Foy played a young Queen in the first two decades of her reign while Matt Smith played Prince Philip.
One of the conceits of ‘The Crown’ is that the cast is replaced every two seasons to mark the passing of time. Each season covers approximately one decade of the royal family’s life.
Season 5, which will be released in one go on Netflix on November 9, will take viewers through the late 1980s and early 1990s, during one of the royal family’s most difficult decades.
1992, which the Queen famously described as her “annus horribilis” saw three of her four children separate or divorce their spouses while Windsor Castle suffered from a catastrophic fire.
‘The Crown’ is currently shooting its sixth and purportedly final season, which is believed to cover Diana’s death in 1997.