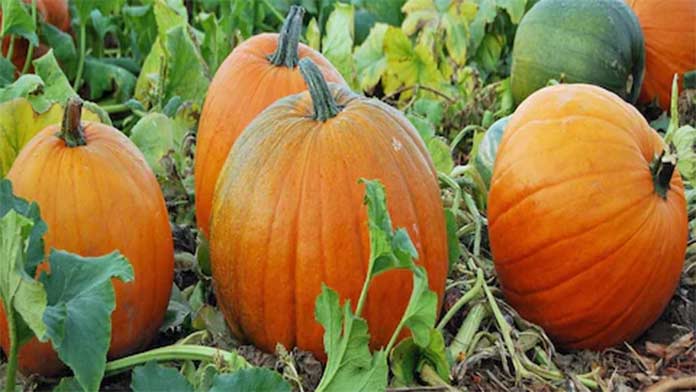 Pumpkin cultivation has replaced the illegal growing of poppy seeds in a village in Lohit district providing the farmers both mental peace and money thanks to the consistent efforts of the Aunachal Pradesh government.
Medo village, over 300 km from the state capital and 27 km from the district headquarter town of Tezu, once had the dubious distinction of being the opium hub of Lohit district.
The government’s war against opium in the past few years and the schemes taken up by it have resulted in its farmers taking up cultivation of cash crops like ginger, mustard and tea, besides pumpkin, a popular vegetable. A visitor is now greeted with sights of lush green canopies of pumpkin plants instead of the opium flowers, were visible a few years ago.
“The zero-tolerance approach of the state government on opium has worked as an antidote as the majority of the farmers have switched to vegetable cultivation,” said Tamo Riba, the extra assistant commissioner of Wakro circle, under which the village falls. The menace has, however, not yet been completely eliminated as a few farmers in the district are allegedly continuing with poppy cultivation, albeit on the sly, Riba said on Friday.
Poppy seeds yield the narcotic opium.
The visible change is a result of the Atma Niirbhar Krishi Yojana launched by the state government in 2021. Social organisations are aiding the administration in its fight against opium, he said.
From April to October, the village, comprising small hamlets like Maniyuliang, Tissue and others, is abuzz with the sounds of pumpkin-laden trucks, as traders from neighbouring Assam throng to Medo to purchase the best varieties of the vegetable.
Pumpkin is now a major crop at Medo. Approximately 500 plus farmers of Wakro region cultivating more than 1000 hectares grow an average 5000 plus metric tons of pumpkin annually in this area,” agriculture development officer Vijay Namchoom said.
Local traders and shopkeepers of Medo Bazar buy the vegetable produce from the farmers at rates that are influenced and decided by external market factors. If the rates at the end point market are good, the farmers earn handsomely, he said.
The pumpkins are then taken to Tinsukia in Assam from where it is taken to Guwahati, Karimganj and beyond. The government launched the Atma Nirbhar Krishi Yojna and Atma Nirbhar Bagwani Yojna in September last year and allocated Rs 60 crore for each of them. Under the schemes, 45 per cent of the money to farmers will be government subsidy, 45 per cent will be a loan from banks and the rest ten per cent will be borne by farmers. The banks involved in it are SBI, Arunachal Pradesh Rural Bank and Arunachal Pradesh Cooperative Apex Bank. Sobut Ngadong, a farmer in the area, said that farmers in the area are no more interested in growing poppy because of the risks involved. “People now a days are more interested in vegetable farming for a dignified life. They do not want to invite trouble by cultivating opium”.
Ngadong said the pumpkin yield this year was hit by the heavy rain but he has earned Rs 2.5 lakh this year by selling his produce.
Sofrai Towsik, who cultivates the vegetable on 10 hectares at Medo, explained the demand and production scenario. “Last year the production was good but the income was low as buyers paid only Rs 3 per kg. This year the income was good as the produces fetched Rs 7 per kg,” he said.
Bajongso Mannyu lamented that due to excessive rain this year he could only produce approximately four tonnes of the vegetable compared to 10-15 tonnes during other years in his ten acre plot. Despite the low yield, he earned Rs 32,000 against Rs 40,000 last year when the market for the vegetable was down.
He appreciated the district agriculture department for providing him support by providing seeds, medicines, spray machines and technical guidance. Deputy Chief Minister Chowna Mein said that unless a “drastic” policy is adopted opium cultivation in the state cannot be eliminated.
“We are emphasising alternate crops, but this model will not stop opium cultivation. There is a need for a drastic policy of contract farming with buy back provision so that the farmers can sell their produces easily without depending on potential buyers,” he said.
“We have no objection if companies like Patanjali come to the state and sign MoUs with the government and the farmers to purchase their produce so that both the company and the local farmers can earn. This will be a win-win situation,” the deputy chief minister said.
The state government, he said, had allocated Rs 10 crore for alternate cropping in places where opium cultivation was practised. But, the amount is not sufficient as hardly two to four beneficiaries get benefit in each village.
“We have no funds and are dependent on the Centre for every single paisa. The central government should help the state farmers with funding for contract farming with buy back policy,” he said.
Elaborating on the possible merits of contract farming in the area, he said if it is executed the economy of the people in the area will improve significantly.
“The Centre should go for such a measure. If not it should engage some private companies,” Mein added.