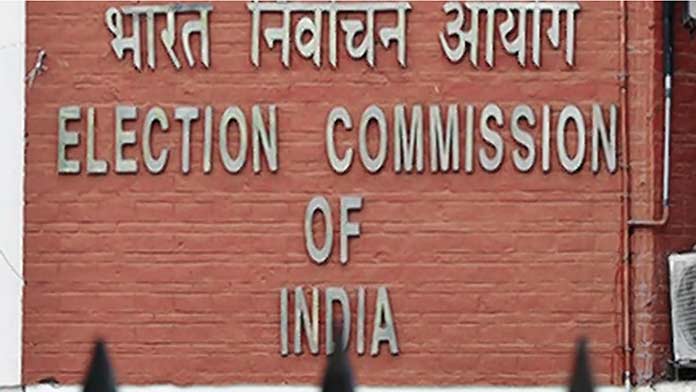 Nearly 11 lakh litres of liquor, freebies worth Rs 65 crore and Rs 17.84 crore in cash meant to induce voters have been seized from poll-bound Gujarat and Himachal Pradesh, the Election Commission (EC) has said, describing it as a “record”.
While polling will be held in Himachal Pradesh on Saturday, Gujarat will have voting on December 1 and 5. The counting of votes will be taken up on December 8. The EC said the Directorate of Revenue Intelligence has also reported “massive seizures” amounting to Rs 64 crore of toys and accessories that were being smuggled by way of “mis-declaration and resorting to concealment in the import cargo” at the Mundra port. Two persons, including the mastermind, have been arrested in the case and further investigation is under progress, the poll watchdog said. It added that there has been a five-fold increase in seizures in Himachal Pradesh compared to the 2017 Assembly polls.
The poll panel said its comprehensive planning, led by Chief Election Commissioner Rajiv Kumar, ahead of the elections has given encouraging results in terms of seizures. Gujarat witnessed seizures of Rs 71.88 crore in just a few days after the election was announced, which surpassed the seizures made during the entire duration of the enforcement of the Model Code of Conduct during the 2017 Assembly polls, which amounted to Rs 27.21 crore.
Similarly, the seizures in Himachal Pradesh are also significant, amounting to Rs 50.28 crore as compared to Rs 9.03 crore five years ago, marking more than a five-fold increase, the EC said. Giving details, it said Rs 17.18 crore in cash, liquor worth Rs 17.5 crore, drugs worth Rs 1.2 crore and freebies worth Rs 41 lakh were seized in Himachal Pradesh till November 10.
Similarly, Rs 66 lakh in cash, liquor worth Rs 3.86 crore, drugs worth Rs 94 lakh and freebies worth Rs 64.56 crore were seized in Gujarat till Thursday.
The poll panel pointed out that even during the recent bypolls in seven Assembly constituencies in Bihar, Odisha, Maharashtra, Telangana, Haryana and Uttar Pradesh, significant seizures of Rs 9.35 crore were made. Record seizures were made in the “highly expenditure sensitive” Munugode Assembly constituency in Telangana, where cash amounting to Rs 6.6 crore, along with thousands of litres of liquor and Rs 1.78 crore worth precious metals, was seized.