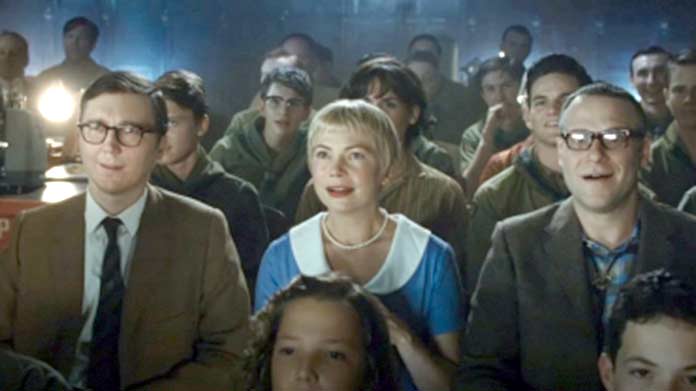 As filmmaker Steven Speilberg’s film ‘The Fablemans’, which won Best Picture and Best Director awards at 80th Golden Globes, is all set to be released in India on February 10, Reliance Entertainment has re-released its trailer to excite the audiences.
The over-two-minutes-long trailer of the semi-autobiographical from the dream maker, which includes an homage to the Cecille DeMille film, ‘The Greatest Show on Earth’, shows a little boy’s obsession with cinema in small-town America, where Jews are still hated, and how his pianist mother takes him nearer to it.
The film is a semi-autobiographical story loosely based on Spielberg’s adolescence and first years as a filmmaker, told through an original story of the fictional Sammy Fabelman, who explores how the power of movies can help him see the truth about his dysfunctional family.
According to ‘Variety’, Spielberg based the film on his own early years in Arizona and co-wrote the script with ‘Lincoln’, ‘Munich’ and ‘West Side Story’ screenwriter Tony Kushner.
‘The Fabelmans’ stars Michelle Williams, Paul Dano, Seth Rogen, Gabriel LaBelle, Jeannie Berlin, Julia Butters, Robin Bartlett, Keeley Karsten and Judd Hirsch.
The film is dedicated to the memories of Spielberg’s real-life parents Leah Adler and Arnold Spielberg, who died in 2017 and 2020, respectively.
‘The Fabelmans’ has received 11 nominations at the 28th Critics’ Choice Awards, including Best Picture, and two nominations at the 29th Screen Actors Guild Awards, including Best Ensemble Cast of a Motion Picture and Best Supporting Actor.