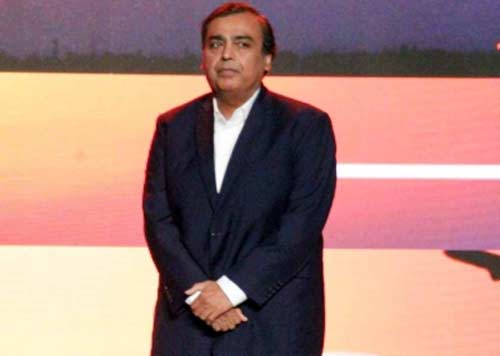 The Reliance Industries Limited (RIL) on Sunday denied a report in a leading English daily that it’s Chairman and Managing Director Mukesh Ambani has entered the race to take over renowned football club Liverpool FC.

The Mirror Sport ‘exclusively’ reported that Liverpool FC have been approached by the eighth-richest man in the world, with the club’s FSG owners open to selling up.

However, when contacted RIL denied any takeover plans of Liverpool FC.

It is not the first time Ambani has been linked with Liverpool though, after eyeing a takeover bid in 2010 before Fenway Sports Group (FSG) purchased the Premier League side.

The Mirror Sport report said Liverpool’s owners are understood to be willing to sell the club for 4 billion pound sterling.

In 2010 Subrata Roy of Sahara Group and Ambani were lining up a bid to purchase 51 percent of the club’s stake from former owners Tom Hicks and George Gillett. Ambani currently owns IPL cricket giants Mumbai Indians and also played a key role in setting up the Indian Super League (ISL).

TDFA Cup from Dec 3 in Tuensang