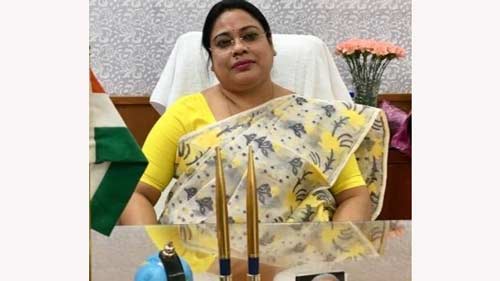 Understanding that the ruling Trinamool Congress in West Bengal is on the back foot over multi-crore teachers’ recruitment scam, the state unit of BJP is going all-out to lure prominent faces of the agitation as party candidates in forthcoming Panchayat polls scheduled early next year.

A state committee member of BJP said that already the process has started identifying the district-wise prime faces of the agitation, who can be offered to contest on behalf of the party in the rural polls. “In certain districts, already such faces have been identified and some of them have been contacted also,” he said.

BJP Lok Sabha member Debasree Chaudhuri, who has been entrusted with the task of coordinating for the forthcoming rural body polls in the state, said that the final decision regarding the selection of the candidates will be done only after consultation with the local and booth-level leadership.

“Nothing will be forced upon by the higher leadership. If the local leadership decides to field credible faces of agitation against the teachers’ recruitment scam, the party high-command will not oppose it,” she said.

BJP’s national vice-president and party’s Lok Sabha member Dilip Ghosh said that the spontaneous movement by the youths on this issue has evoked reactions from throughout the state.

“Our party has been beside their movement since the beginning. Now if any of them are willing to join us in our struggle against the misrule of Trinamool Congress, he or she will be welcomed to do that,” he said.

Ridiculing BJP’s move, Trinamool Congress leadership has said that since the saffron camp is sure of not getting enough candidates from within the party in the forthcoming Panchayat polls, they are desperate to rope in faces of agitation in the electoral field to hide their own organisational weaknesses in the state.

In the 2021 West Bengal assembly elections, BJP fielded disgruntled leaders from Trinamool Congress as well as a host of celebrities from the Bengali silver screen and television serial world. However, that move did not work out much as BJP finished the tally managing to get just 77 members in a 293- member Bengal assembly.