Russia’s plans to hold referendum in Donetsk ‘at advanced stage’ 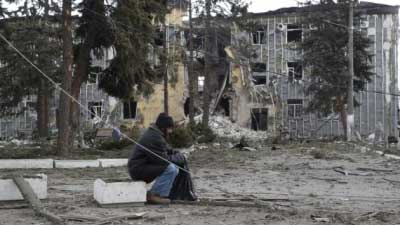 As Russia seeks to consolidate its hold on parts of the country seized by its troops, planning to hold a referendum in Ukraine’s separatist Donetsk region where it is seeking to gain control is at an advanced stage, according to an assessment by the UK’s Ministry of Defence.

In the Donetsk region, “it is likely that Russia is in the advanced planning stages to hold a referendum, though it is unclear if the final decision to go ahead with a vote has yet been taken”, the Ministry said.

Russia initially said it aimed to take control of the Donetsk and Luhansk regions of eastern Ukraine when it invaded the country in February, reports dpa news agency.

Together, the two areas make up the Donbas, an area previously controlled by Russian-backed separatists.

However, while Moscow’s troops have so far gained control of Luhansk, they have not yet taken Donetsk, where battles continue.

“The Kremlin will likely see the military’s failure to occupy the entirety of Donetsk Oblast thus far as a setback for its maximalist objectives in Ukraine,” the Ministry said.

Soldier training was now one of the highest priorities for Ukraine, she said.

“New Zealand is proud to stand in solidarity alongside a number of other countries to answer that call,” she said.

Training would only be carried out at four locations in Britain, with New Zealand personnel not entering Ukraine.

Tehreek-e-Taliban Pakistan (TTP) appears to have lost trust in the Haqqani faction of Taliban: Report

Iranians celebrate teams loss to US at world cup

By the grace of God I am what I am, and His grace toward me was not in vain…—1 Corinthians 15:10 The way we continually talk about our own inabilities is an insult to our Creator. To complain over our...