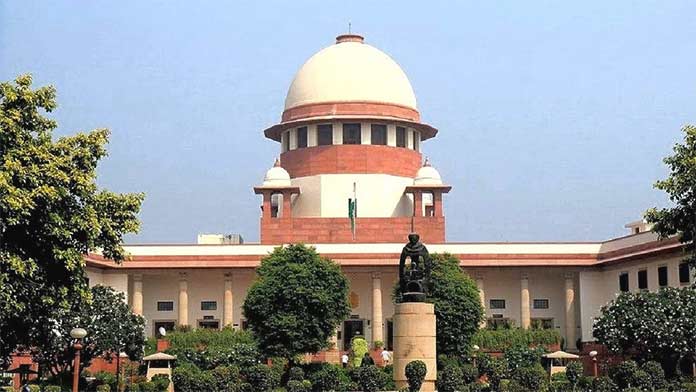 The Supreme Court on Friday stopped the execution of the Maghalaya High Court order staying the memorandum of understanding (MoU) signed by the chief ministers of the two states for settling their festering boundary dispute.
A bench comprising Chief Justice D Y Chandrachud and Justices P S Narasimha and J B Pardiwala took note of the submissions of Solicitor General Tushar Mehta and the lawyers representing Assam and Meghalaya and ordered a stay on the order of the Meghalaya High Court.
The bench took note of the submissions that some of the areas, which are covered under the MoU, are not getting the benefits of the developmental schemes due to the old border disputes and, moreover, the boundary between the two states has not been altered due to the agreement.
It also issued notices to the four people who had originally moved the high court against the execution of the MoU on various grounds including that the settlement breached Article 3 of the Constitution.
Article 3 empowers Parliament to make a law related to the formation of new states and alteration of the boundaries of existing states. Earlier during the day, the apex court agreed to hear the plea challenging the order of the Meghalaya High Court.
“We will hear it. Please provide three copies of the petition,” the CJI said.
A single judge bench of the Meghalaya High Court had on December 8 ordered an interim stay on physical demarcation or erection of boundary posts on the ground following the inter-state border pact.
Later, a division bench of the high court refused to interfere with the order of the single judge bench, prompting the petitioners to an appeal in the top court.
Meghalaya Chief Minister Conrad K Sangma and his Assam counterpart Himanta Biswa Sarma had in March last year signed an MoU for demarcating the border in at least six of the 12 contested locations that often raised tensions between the two states.
On March 29 last year, the agreement was signed in the presence of Union Home Minister Amit Shah by the chief ministers of Assam and Meghalaya.
The pact sought to resolve the protracted dispute in six of the 12 places along the 884.9-km border between the two states. The boundary dispute between Assam and Meghalaya has lingered for 50 years. However, efforts to resolve it have gained pace in recent times.