‘SC was kept in dark over FIFA letters’, allege SFAs 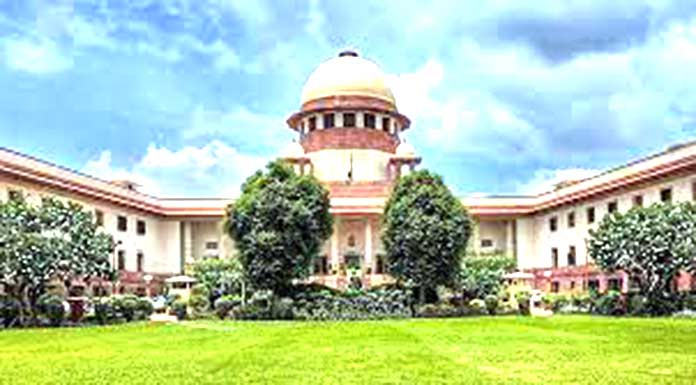 Several state football associations (SFA) have filed a counter affidavit in the Supreme Court against a contempt petition filed by the now-defunct AIFF Committee of Administrator (CoA) — constituted by the apex court — which alleged that the affiliated units were “interfering with the proceedings” of the mandate given by the top court.
Office-bearers and authorised representatives of 35 state associations have denied the allegations made in the contempt petition, which alleges they created a hindrance over inclusion of eminent footballers in the AIFF electoral college.
FIFA sent a letter to the CoA on July 6 and July 25 this year where it made it absolutely clear to the CoA that as it had reiterated during the meetings in June 2022, the electoral college of AIFF could not be modified.
FIFA made it clear to the CoA that it could not include individual football players as members of the electoral college as this would violate the FIFA statutes.
“It would seem from these letters that the CoA assured FIFA that such changes would not be made. This contradicts the representation made by the petitioners’ (CoA) counsels to this Hon’ble Court on 03.08.2022 that FIFA did not have any objection to the inclusion of former football players in the electoral college,” said the counter affidavit.
“The petitioners have not annexed the letters dated July 6, 2022 and July 25, 2022 in the contempt petition, though they have annexed all other FIFA communications,” said the counter affidavit.
Refuting the claims made in the petition by the erstwhile three-member CoA, that state bodies objected to the inclusion of former footballers in the electoral college for the AIFF Executive Committee elections and that they sought to achieve the end-result through FIFA and the Sports Ministry, the state units have stated that the argument is “flawed”.
State office-bearers said they objected to the inclusion of former players in the electoral college because the FIFA rules “did not permit such an inclusion” and because FIFA had expressly made it clear to the CoA that such an inclusion would be impermissible, inviting a ban on the All India Football Federation (AIFF).
The state associations have stated in the counter-affidavit that they feared that if the composition of the electoral college was modified in such a manner, the international football federation (FIFA) may take an adverse position, as they eventually did.
The state office-bearers wondered how FIFA, the most powerful sports body in the world, and the Sports Ministry would bow to the wishes of the state representatives, foregoing their duties and independent stance.
The state associations have also stated in the counter affidavit that the CoA, FIFA and AFC (Asian Football Confederation) had cleared the air in the June 2022 meeting about finalising the AIFF constitution, among other things.
The apex court was also informed by the state associations about the other set of commitments that were apparently made with regard to the composition of the electoral college.

Imran asked to postpone long march due to terror threat