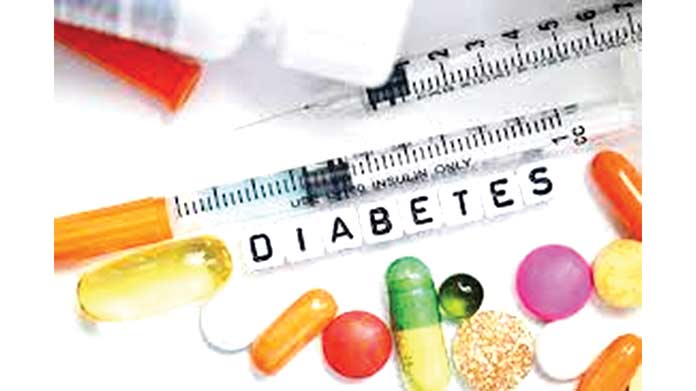 An older class of type 2 diabetes drugs known as thiazolidinediones, or TZDs, may protect you from dementia down the road, according to new research.
Thiazolidinediones, also known as glitazones, cut dementia risk by 22% among folks at high risk who also had mild or moderate type 2 diabetes when they took these medications for at least one year.
Exactly how these diabetes drugs lower risk for dementia is not fully understood, and the study wasn’t designed to answer that question.
Diabetes is a known risk factor for dementia, and glucose or blood sugar is the brain’s main fuel for important functions, including thinking, understanding, and problem-solving, said study author Roberta Diaz Brinton. She directs the Center for Innovation in Brain Science at the University of Arizona Health Sciences.
“With type 2 diabetes, the mechanism for driving glucose out of the blood and into the cells is less functional and this can affect cognition, which is one of the most energy-demanding functions,” Brinton said.
For the study, researchers compared risk for dementia in older veterans with type 2 diabetes who were treated with either a sulfonylurea or a thiazolidinedione drug for diabetes to those treated with metformin alone between 2000 and 2019 in the U.S. Veterans Affairs Healthcare System.
These diabetes drugs all work differently. Thiazolidinediones help your body better use insulin to allow blood sugar to enter your body’s cells where it can be used for energy. Sulfonylureas boost insulin production and help your body use this hormone. Metformin makes your body more sensitive to insulin and decreases the amount of glucose secreted by your liver.
People aged 60 and older who were given a first prescription of metformin, a sulfonylurea or a thiazolidinedione between January 2001 and December 2017 were followed for about eight years. Those who took thiazolidinedione had an 11% lower risk of Alzheimer’s disease and a 57% lower risk of vascular dementia, the study showed. Vascular dementia is typically caused by multiple strokes.
The risk of dementia from any cause was 12% higher among folks who used a sulfonylurea drug alone for their diabetes, the study showed.
Folks under age 75 saw more benefits from a thiazolidinedione than older people, and these drugs seemed to be more protective in people who were overweight or obese.
“Thiazolidinediones were the most effective in reducing the chances of developing Alzheimer’s disease later in life,” Brinton said.
Like all drugs, thiazolidinediones can have side effects, including weight gain, liver problems and vision problems. One drug in this class, rosiglitazone, has been removed from the market in several countries due to serious heart risks.
“Starting early and sustaining glucose metabolism without moving into taking insulin has long-lasting benefit,” Brinton said.
Lifestyle counts, too.
“There is pharmacotherapy and the things we are in charge of, like what we eat and how much we move,” Brinton said. “Sitting is the new smoking.”
The study was recently published in BMJ Open Diabetes Research & Care.
Dr. Howard Fillit, co-founder and chief science officer of the Alzheimer’s Drug Discovery Foundation in New York City, reviewed the findings. He noted that diabetes is a risk factor for dementia, so effective treatment of diabetes is important. “It remains unknown which class of anti-diabetic agents would be most beneficial in reducing dementia risk in diabetics,” Fillit said.
It’s also too early to recommend these drugs if you are at high risk for dementia but don’t have diabetes, he added.
“These observational studies, when combined with other epidemiological data, as well as preclinical data, might indicate benefit,” Fillit said. “However, at this time, it is certainly premature to promote or recommend widespread use of anti-diabetic agents of any class for the prevention of dementia, particularly Alzheimer’s disease.”