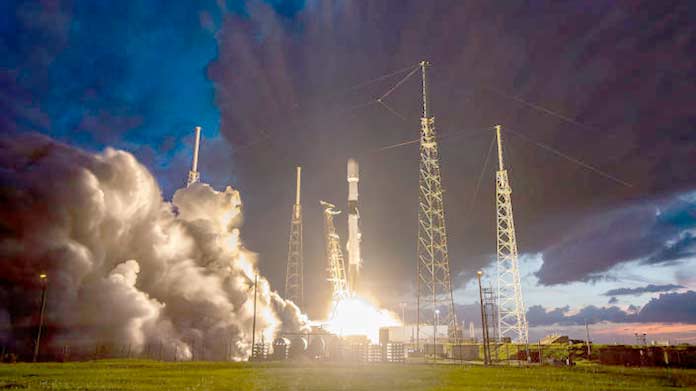 SpaceX is gearing up to launch the Transporter-6 mission today, January 3rd, and is hoping that the Falcon 9 rocket taking it to space will begin making its way to low-Earth orbit by 9:56 AM ET. The Transporter-6 mission will take off from Space Launch Complex 40 at Cape Canaveral in Florida using a first stage booster responsible for taking over a dozen other previous missions to orbit, including 10 Starlink launches. It’s the company’s first launch of the year and the latest in SpaceX’s series of dedicated rideshare Transporter missions.
Transporter-6 will take 114 payload to space. As NASA Spaceflight notes, those include tiny picosatellites only a few centimeters in size to microsatellites that weight around 200 pounds for both scientific institutions and commercial entities. One customer is EOS Data Analytics, which will launch the first satellite for its agriculture-focused constellation on this mission. A couple of companies is also launching space tugs, or spacecraft that can transfer cargo from one orbit to another, that will deploy payload for customers of their own at a later date.
SpaceX will livestream the Transporter-6 launch on YouTube, with coverage starting 10 minutes before liftoff is expected to happen. (Yahoo Entertainment)