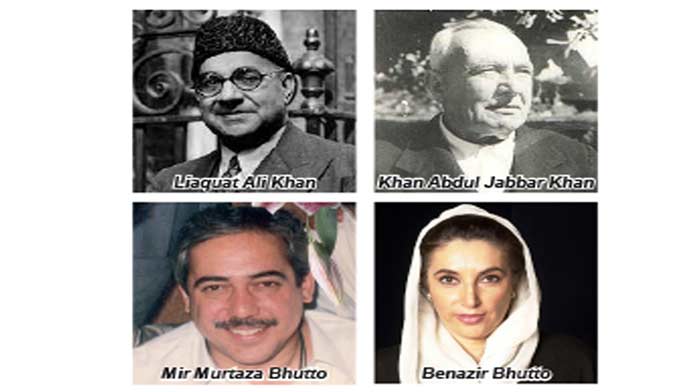 The shootings and terrorist attacks for more than seven decades have taken the lives of several politicians in Pakistan, with former premier Imran Khan becoming the latest to join the long list of leaders who faced assassination bids.
October 16, 1951, stands out in the history of Pakistan as a date when the first prime minister of the country, Liaquat Ali Khan, was shot dead during a public rally in Rawalpindi’s Company Gardens, damaging the foundations of a fragile democratic structure of the newly-born nation.
The bullets fired in 1951 at the Company Gardens, later renamed Liaquat Bagh, led to the first major assassination but, unfortunately, it was not the last attempt as the Pakistan Tehreek-e-Insaf (PTI) chairman has become the latest to join the long list of politicians, who have faced such attacks.
Such attacks which have continued with frequent intervals for more than seven decades took the lives of several politicians, including former premier Benazir Bhutto, her brother Mir Murtaza Bhutto, Gujrat’s Chaudhry Zahoor Elahi, Punjab’s former home minister Shuja Khanzada and ex-minister for minorities Shahbaz Bhatti.
Several others, including Khyber-Pakhtunkhwa (KPK) Assembly member and Awami National Party’s Bashir Ahmed Bilour and his son Haroon Bilour; religious scholar and ex-senator Maulana Samiul Haq; Muttahida Qaumi Movement’s Syed Ali Raza Abidi; and PTI’s Sardar Soran Singh were also killed in such attacks.
Just like Khan, the Pakistan Muslim League (Nawaz)’s incumbent Planning Minister Ahsan Iqbal has also survived an assassination attempt.
Benazir was assasinated on December 27, 2007 by a suicide bomber when she had just finished an election rally in Rawalpindi.
Her brother was shot dead along with six associates in a police encounter near his home in Karachi on September 20, 1996, during her tenure.
On March 2, 2011, gunmen killed Bhatti, who spoke about blasphemy law and championed the rights of the country’s beleaguered minorities.
Singh was gunned down in a targeted attack near his house on April 22, 2016. The attacks have continued in the country and scarred the consciousness of the nation.
The spectre of political assassinations continues to haunt Pakistan. The flames have not yet been extinguished and the wounds are still gaping, The Express Tribune newspaper reported.
“We haven’t learnt any lesson from the past. In fact, the frequency of violent attacks has increased,” the paper quoted Ahmed Bilal Mehboob, the president of the Pakistan Institute of Legislative Development and Transparency (PILDAT), as saying.
He said that there had hardly been any plan chalked out to carry out politics in an organised and civilised manner.
The PILDAT president recalled that the only serious effort to deal with violent and extremist incidents as well as the mindset that led to them was the National Action Plan (NAP), but everyone forgot about it in a year or so after its birth.
“Democracy weakens where violence and extremism prevail,” Mehboob said. He regretted that democracy did not work in societies, where political opponents were labelled as traitors.
“Political rivals oppose each other across the globe but they refrain from labelling each other as traitors to gain political capital,” he lamented. “Traitor means eliminating the opponent and that’s what we have been witnessing for so long,” he added.
Commenting on the attack on Khan, he said that the reaction over the incident suggested that the tragedy would be used for political gains as the statements from the party leadership did not carry a reconciliatory tone, which could help in putting out the fire of intolerance and polarisation.
Analysts, while regretting that polarisation was at its peak, said the political leadership as well as the nation would have to come together to take meaningful action to prevent such attacks.
They added that attempts were also required to cool down the political temperature.
Regardless of the political affiliation and differences, they emphasised there was a dire need to sit together as violent attacks leading to assassinations were sending a shocking message to the world.