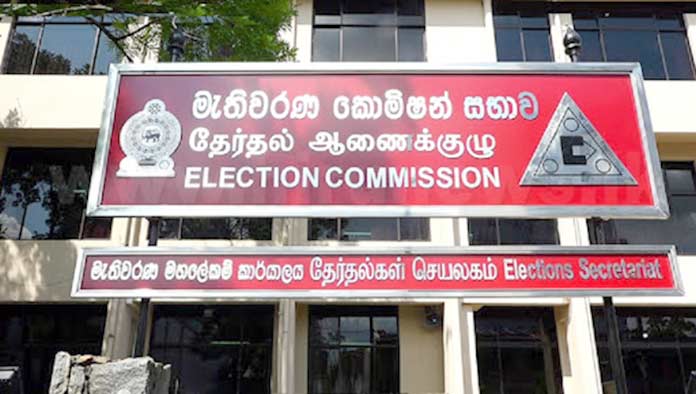 Sri Lanka’s top election body announced on Wednesday that it will accept nominations from January 18 to 21 for the local council polls, which have been postponed since March amidst the prevailing economic crisis.
Notices calling for nominations for 340 local government bodies were also released by district secretaries on Wednesday.
The nominations would be accepted between January 18 and 21, the National Election Commission said. A date for the polls would be announced a week thereafter.
The elections for local councils in the country have been postponed since March last year as the government grappled with the economic crisis and the political upheaval which led to street protests.
Sri Lanka’s local government elections have been mired in controversy with Opposition parties accusing the government of delaying the polls because the ruling Sri Lanka Podujana Peramuna (SLPP) fears an embarrassing defeat.
The announcement of nomination dates came as Opposition parties expressed doubts over the government’s intention to hold the election.
“The government is trying their best not to hold it. But a postponement can only be done through a referendum,” GL Peiris, an opposition parliamentarian, told reporters.
The ruling SLPP controls the majority of local councils after they won the 2018 local election.
The Opposition thinks that the SLPP’s chances to win the next election are slim given the ongoing economic crisis.
Sri Lanka, a country of 22 million people, plunged into financial and political turmoil earlier this year as it faced a shortage of foreign currencies.
The worst economic crisis since its independence in 1948 was triggered by a severe paucity of foreign exchange reserves.
The main Opposition SJB (Samagi Jana Balawegaya) has been pressing for the polls, saying the government is fearful of losing the elections due to large-scale dissatisfaction among the people.
The ruling SLPP has made public statements that they are ready to face the election.
President Ranil Wickremesinghe has cited the need to reform the local councils’ system. He claimed that the current councillors numbering over 8,000 must be halved before holding the elections.
However, the Opposition claimed it was only an excuse to postpone the elections.
Election monitoring groups and opposition parties vowed they would petition the court against the government’s designs to postpone the election.

‘Pathaan’ release: 4 held in Indore for ‘objectionable’ slogan against Prophet