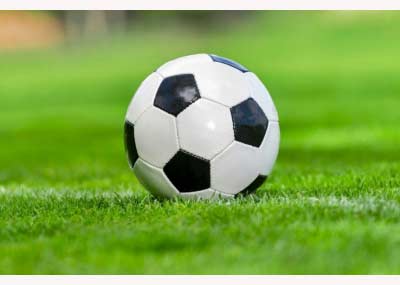 A 17-year-old footballer, whose right leg had to be amputated after surgery for a ligament tear seven days ago, died on Tuesday morning of multiple organ failure.

Priya (17) was a student of B.Sc (Physical education) and had undergone a ligament surgery at the Government Peripheral Hospital, Periyar Nagar on November 7.

The girl developed complications after the compression bandage that was applied to prevent bleeding resulted in a lack of blood flow to the leg. After the complications persisted, the teenager was referred to the Rajiv Gandhi Government General Hospital (RGGGH) on November 8 and her right leg had to be amputated.

Tamil Nadu health minister Ma Subramanian said the footballer was admitted in the Intensive Care Unit of RGGGH but she developed multiple organ failure and passed away on Tuesday morning.

Fellow footballers and several people started protesting in front of the morgue of the Rajiv Gandhi Government General Hospital.

Speaking to the media, Subramanian said two doctors of the Government Peripheral Hospital had been suspended for medical negligence.

He said the health department will lodge a police complaint against the two doctors and they will face legal action.

Subramanian also announced a solatium of Rs 10 lakh to the family of Priya and said that a member of the family will be provided with a government job.

The minister said, “Her loss cannot be compensated and strict action will be taken against those responsible.”

Meanwhile, the Tamil Nadu BJP president, K. Annamalai has condoled the death of the footballer. He demanded a compensation of Rs two crore for the family of the deceased.

He also demanded that a member of the family of the deceased be provided with a government job. The BJP leader also said the health department of Tamil Nadu had joined the list of other departments in the state that are in decay due to the incompetence of the DMK government.

Amma Makkal Munnetra Kazhagam leader, TTV Dhinakarn also condoled the passing away of the young footballer. He said that he was shocked at the sudden passing away. He also called upon the government to provide adequate compensation to the family of the deceased wanted the government to ensure such incidents don’t happen.