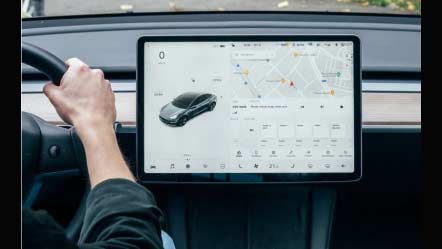 Your Tesla car will soon connect to the upcoming second-generation Starlink internet satellites, as the Elon Musk-run company installs Starlink antennas at some charging stations in the US.

A Twitter user on Friday asked Musk: “Will tesla be getting this service as well with the premium connectivity?”

Musk, however, didn’t divulge more details about the technology. At a joint event with telecom carrier T-Mobile, he mentioned that the satellite-to-cellular coverage from Starlink will be capable of providing a 2-4 Mbps link, which is shared by everyone in the satellite’s coverage area.

According to The Verge, this is currently not enough for premium connectivity features, like live-streaming video from your car’s cameras.

For new or used electric cars purchased from Tesla, they “will have Standard Connectivity for the remainder of the eight years from the first day your vehicle was delivered as new by Tesla, or the first day it is put into service (for example used as a demonstrator or service vehicle), whichever comes first.”

The satellite-to-cellular service will provide nearly complete coverage almost anywhere a customer can see the sky.

This will help people text, send MMS messages, and even use “select messaging apps” whenever they have a clear view of the sky.